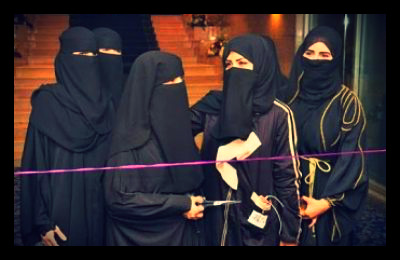 The first all-female law practice has opened in Saudi Arabia, marking progress for women in a nation that has historically not afforded even many basic rights to women.

Bayan Mahmoud Al-Zahran, the first woman in Saudi Arabia to be issued a law license, along with Jihan Qurban, Sarra al-Omari and Ameera Quqani, opened the firm on January 1, 2014. While they will provide services for both genders, the stated objective of the new law firm is to advocate for the rights of Saudi women and to bring cases centered on women to court.

Al-Zahran officially became Saudi Arabia’s first female lawyer on November 2013 when she defended a client at the General Court in Jeddah. She had worked for many years as a legal consultant, the only legal position previously open to women, and had represented clients in dozens of court cases.

In a strictly sex-segregated society such as Saudi Arabia, it can be hard for men and women to speak openly and understand the issues put forth by an opposite-sex client, she says.

With more female lawyers in Saudi Arabia, this hurdle for women could be alleviated.

Al-Zahran asserts, “I believe women lawyers can contribute a lot to the legal system. This law firm will make a difference in the history of court cases and female disputes in the Kingdom. I am very hopeful…”

She also states her desire for the number of female lawyers to rise in the future.

At the opening of the firm, the vice president of the Jeddah Chamber of Commerce, Mazen Batterjee, congratulated the new lawyers, but cautioned them to remain true to Sharia law in their practice and in their personal lives. He reiterated that the women should always wear their hijabs to court.

Batterjee’s tentative praise and caution are outshined by the enthusiasm of Al-Zahran’s father, Sheikh Mahmoud.

He calls the move an important step for women’s rights and affirmed his complete support his daughter. “We are very proud of our daughter who stands firm for [the] protection of women’s rights,” he states.

The issue of women’s rights in Saudi Arabia has long been a contentious one.

Women living in the Kingdom still must have a male guardian who can decide if a woman can travel, work, marry or go to school—for their entire lives.

Women are also expected to fully cover themselves in public spaces and are forbidden from driving.

In October 2013, over 60 women drove cars in protest of the law, a move that earned global attention and praise while pointing to a growing, though still small, movement in Saudi Arabia toward increased rights for women.

If it is up to her and her firm’s lawyers, Al-Zahran plans to see the dream of women rights in Saudi Arabia fully realized.