Following­ the eruption of violence in 2018, Nicaragua, the poorest country in Central America, has seen its economic progress stagnate and its domestic life falter. The additional unrest is making Nicaraguans more vulnerable to violence and instability. While Nicaragua’s overall crime rate is low, certain areas, like the rape of minors and political violence, are high. These 10 facts about violence in Nicaragua provide a glimpse after one year of conflict.

10 Facts About Violence in Nicaragua 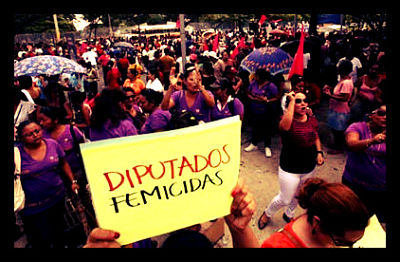 Thousands of Nicaraguan women have taken to the streets and protested against the recent reforms made to the Comprehensive Law Against Violence Toward Women (Law 779), which could make women who have been victims of sexual crimes participate in face-to-face mediation with their abusers.

Implemented in June 2012, Law 779 criminalizes violence towards women and has been criticized since its implementation by opponents such as conservative and religious organizations, as well as men’s groups, and has been accused of promoting discrimination toward men. These groups also strongly prohibited the law’s initial stance against mediation between victims and abusers, claiming that it represented radical feminist opinions and eliminated the presumption of innocence in a trial. The opponents to the law presented it to the Nicaraguan Supreme Court declaring it unconstitutional and demanded reforms, which were approved by the Nicaraguan parliament on September 20.

Violence against women in Nicaragua is a widespread problem considering the 19 percent increase in domestic abuse cases reported from January to August 2012 than in the same period in 2011. Many women’s groups associate this increase with the incorrect implementation of the law, but no clear indication has been found proving these claims. Nonetheless, Law 779 was a success for women’s groups in the Central American nation, as it was the first in the country’s history to criminalize violent behavior towards women including femicide, as well as guaranteeing emotional, physical, and sexual integrity of women. The law additionally demands that more state resources are used to tackle the problem of violence towards women and implementing violence prevention programs.

When the mediation reforms were approved, the major step in equality backfired on women’s groups who had spent decades lobbying for Law 779 to pass in the first place. More specifically, with the new reforms, it is now legal for there to be mediation for crimes with the abusers’ sentences being less than five years. These sorts of sentences are given for domestic cases such as physical injuries, psychological violence, sexual assault at home or at work. Crimes that result in sentences longer than five years and could not be considered for mediation would be ones where the victim suffered from serious physical wounds or femicide.

Nicaragua’s society is extremely patriarchal, with most women relying economically on their husbands or boyfriends; women are given the responsibility of holding the family unit together. This pressure on Nicaraguan women often leads them to agree to mediation even though it puts their lives at risk. However, according to the head of the Supreme Court, mediation will be voluntary when reforms are implemented, and it can be requested or denied by either party. Women will not be obligated to participate in the mediation process. Despite this however, the newly approved reforms are still a setback to progress for Nicaragua’s women and put them in a vulnerable and emotional position wherein they could face their attackers, leading to shame and terror.

Despite women’s groups’ protests over the reforms, the rest of the population believes that it is more effective that the government strengthens the existing processes in place and implements Law 779 in a just way to protect women from domestic violence.