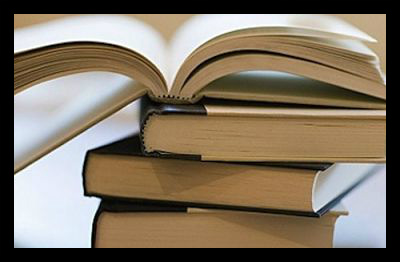 1. Mountains Beyond Mountains: The Quest of Dr. Paul Farmer, A Man Who Would Cure The World – Tracy Kidder

Dr. Paul Farmer, chair of Harvard Medical School’s Department of Global Health and Social Medicine, began his journey in health care philanthropy in the 1980s while serving homeless farmers in Haiti and studying medicine. He became medical director of L’Hopital Bon Sauveur, a local charity hospital, and was inspired to create Partners In Health (PIH,) an international nonprofit dedicated to bringing modern science to underprivileged populations and serving as “an antidote to modern despair.” Mountains Beyond Mountains follows Dr. Farmer’s journey from Harvard (where he barely attended class) to Haiti’s slums, and back to the United States, where PIH succeeds in acquiring multi-million dollar grants to alleviate inequities in health services. Mountains is a must read for students of global health, or anyone interested in dissolving inequities in access to quality care.

2. And the Band Played On: Politics, People, and the AIDS Epidemic – Randy Shilts, William Greider

Shilts does not hold back in this indictment of the federal government for its lack of courage in the 1980’s–a decade of fear, misinformation and human rights violations. The AIDS epidemic brought a nation to its knees; even in its vulnerable state, the majority of America turned a blind eye to victims of the 20th century’s greatest public health crisis. “Played On” masterfully transposes the sparkle of AIDS victims (the heroes of this era) on this backdrop of darkness; ultimately, the bravery of advocates in the gay, scientific and political communities take center stage in this critical piece of the global health canon.

“Betrayal of Trust” is the War and Peace of the global health library–in other words, Garrett’s book is not for the faint of heart. Garrett, a Pulitzer Prize-winner, produces an impeccably researched series of re-tellings outlining global public health catastrophes a camel’s hair away from rocking the current state of affairs to its very core. From Russia to Africa to Los Angeles, Garrett exposes misguided, short-handed and simply stupid governments that have let disease seep in through foundational cracks. Hang in there through 800 pages–Garrett’s research screams for reform (in some cases, a return to the fundamentals of infection control) on a global scale, the only hope for a rewrite of public health’s shaky future.

Gawande, a New York Times bestseller and “arguably the best nonfiction doctor-writer around,” is as talented a storyteller as he is a surgeon. “Better” delves into trade-offs inherent in the practice of medicine; specifically, what factors influence doctors’ decisions to make particular choices in the heat of the moment. This compilation of essays, organized into three sections, is a short and enjoyable read infused with Gawande’s trademark energy and passion. “Diligence,” “Doing Right” and “Ingenuity” each explore medical practitioners’ decisions and the institutional, vocational and personal factors that shape those choices. Gawande ultimately succeeds in connecting readers with surgeons on an intellectual and emotional level, living up to his sterling reputation in publishing spheres worldwide.