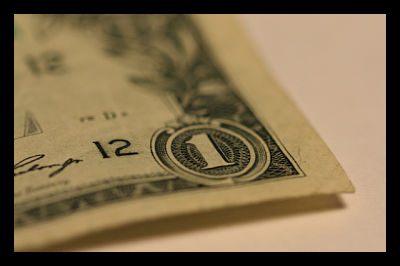 The $1 a day poverty line drawn up by the United Nations in the 1980s has been called a “successful failure” by Lant Pritchett. Pritchett is an ex-World Bank economist who is now Professor of the Practice of International Development at Harvard University’s Kennedy School.

He has described the dollar a day measurement of poverty as a successful PR stunt, which has raised awareness to the issue but has failed to translate to real improvements to the lives of the poor.

His main criticism is that donating money has been encouraged rather than economic development, which is greatly needed. Pritchett believes that at the expense of developing the world’s poorest economies for sustained growth and prosperity, we have just been throwing money at the problem, which has not been an effective solution.

Perhaps this $1 benchmark for measuring global poverty has been set too low? Someone earning $1.25 or even $3 a day still lives in dire poverty and the target number, according to Pritchett, should be $10 a day.

Regardless, the $1-a-day poverty line has for some time been out of date; in 2005 it was readjusted to modern prices and is now set at $1.25 a day. This has played a valuable role to tackling poverty over the years, according to economist Martin Ravallion, who came up with the catchy figure in the 1980s while having dinner with his wife.

Like others at the World Bank in D.C., Ravallion had noticed that poor countries were drawing their poverty lines at around $370 a year. Chatting to his wife one evening at the dinner table, Ravallion had a “eureka” moment and realised that by dividing $370 by 365 you get just over $1 – thus the simple and catchy $1 a day idea was born.

But here’s where things get complicated. The $1 a day does not mean $1 converted into local currency, say Indian Rupee. Instead economists use a formula called PPP, Purchasing Power Parity, to figure out the value of an equivalent basket of goods a dollar would buy you in the U.S.

Despite the apparent contention that this way of measuring poverty has caused, it is true that the $1 a day idea has caught the public attention and raised awareness about the issue. In fact, the first UN Millennium Goal aimed at reducing global poverty aims to: “halve, between 1990 and 2015, the proportion of people whose income is less than $1 a day.”

This high profile target was agreed upon by the UN General Assembly and embraced by most of the world’s development institutions.

Encouragingly, the World Bank has publicly announced only this month, that the goal has been met early.