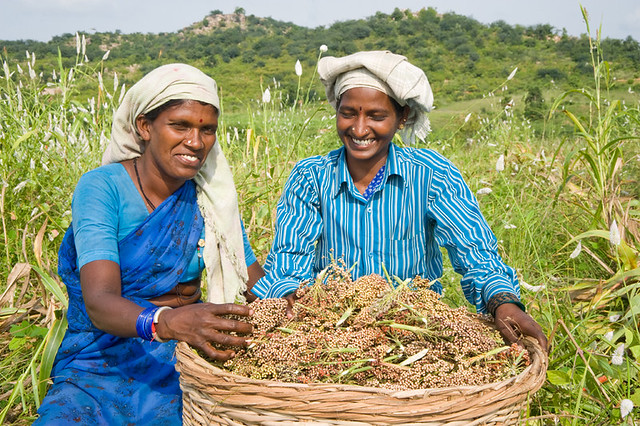 One of the world’s largest food companies recently made landmark commitments to ensure that small-scale farmers and their property are protected from land grabs. More specifically, Nestle committed to a specific set of policy provisions to hold its company and its suppliers accountable.

This new effort is designed to ensure that absolutely no land grabs take place in the harvesting of ingredients for Nestle’s products and that the company harvests products only from places where the land has not been illegally or unfairly taken from their owners.

Furthermore, Nestle has said that it will work to identify opportunities for men and women who currently do not own land to gain property and help support their families. The company will also work to ensure that women who own land will remain secure in their rights and that their rights will be equal to those of men.

These commitments allow Nestle to improve the rights of land owners already incorporated into their supply chain, as well as those who have the opportunity to gain access to land. The company will also proactively identify potential risks to each farmer’s land rights and take steps to reduce or avoid these risks completely.

While these new commitments constitute a very worthy action, Nestle has taken it a step further by advocating for each farmer’s land rights. The company has stated its desire to strengthen its efforts in assisting disadvantaged individuals and indigenous people whose rights are not currently respected or recognized.

Nestle has also announced its support for the U.N. Committee on World Food Security Voluntary Guidelines on Governance of Tenure and will promote development of public information and warning systems to help ensure that rights are respected and that no land grabs take place.

These actions that Nestle has taken are notable and admirable steps toward respecting and protecting the rights of farmers who own land. 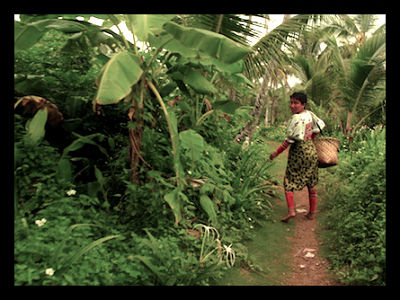 The National Coordinating Body of Indigenous Peoples in Panama, or COONAPIP, is rallying for support to protect land rights, claiming the national government has failed to do so. “Our government has committed sins of omission as well as commission, showing great lack of concern about the wellbeing of indigenous peoples,” said Betanio Chiquidama, President of COONAPIP.

Land in Panama has been increasingly used-up by third parties, illegal loggers and miners. The misuse of indigenous land is not only making life difficult for people, but also puts Panama’s rainforests in jeopardy. In the past 5 years, unsustainable harvesting of natural resources has escalated on indigenous territories, which include more than half of Panama’s old-growth forests. The fight for indigenous peoples to hold onto their land has resulted in nine deaths in standoffs with the police in a two year span.

Panama’s indigenous groups comprise 10 percent of the total population, and most remain largely autonomous in the governance of their preserves, called comarcas. However, the strong interest in natural resources on the preserves is weakening the indigenous communities’ ability to protect their land. Some parts of the comarcas are not even on the map, which makes it hard for indigenous peoples to claim the land is theirs. Another problem is that the government has stopped designating comarcas in the 1990s, leaving nearly 20 indigenous communities without rights to their land. They had to lobby hard for the government to recognize just two more preserves, which are smaller than those established two decades ago.

Illegal logging, mining, and dam construction occurs on lands which are not clearly designated. The Program Director of Rainforest Foundation U.S., Christine Halvorson says, “there’s no good state presence, so it’s a little bit of a Wild West.” Indigenous people have even been bribed by companies with gifts of money and food to give their signatures in support of mining operations on land owned by their community, according to a 2011 report on indigenous experiences with mining in Panama.

COONAPIP is fighting for the voices from the comarcas to be heard by the decision makers in government, who continue to sell their land to international investors without including indigenous peoples. “They are making deals for investments on our land and we know nothing about it until the bulldozer arrives,” said Williams Barrigón Dogirama, former president of COONAPIP. 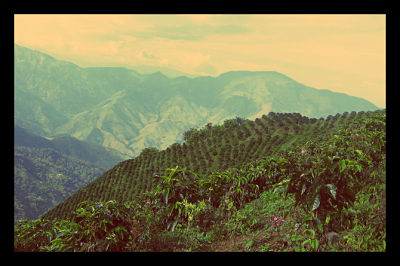 Escalating tensions over the issue of land rights gave rise to protests, which turned violent after security forces shot and killed four unarmed peasants on June 22 and 25 in Catatumbo, Colombia, as reported by Amnesty International. They are only the most recent casualties in the ongoing battle over land in Colombia.

Land is becoming ever more scarce for farmers throughout Colombia, as big businesses and mining companies have been consolidating their ownership over land for years. Rural farmers are struggling to earn a living, and growing enough food to feed their families is becoming increasingly difficult as land is disappearing from beneath their feet. Colombia is home to the world’s largest internally displaced population. Farmers are continuously forced to leave their homes and farms as more and more land is granted to wealthy companies. While the government has recently passed the land restitution law, no landholding entity has yet returned land to displaced peasants. Over 16,000 people involved in land disputes have simply “disappeared,” according to Catalina Ballesteros Rodriguez, Program Officer for Christian Aid.

The 14,000 strong protest this past June was organized by the Peasant Farmer Association of Catatumbo, with support from the Luis Carlos Pérez Lawyers’ Collective. CALCP is an all-female organization of lawyers, who offer legal advice and provide training to support grassroots organizations and displaced communities. Judith Maldonado, director of CALCP and winner of the German ‘Shalom Award’ for her human rights work, says “we seek to bring the rule of law to the communities… so that it can be a tool for the defense, protection and promotion of human rights, and for the transformation of their communal, social, political and cultural realities.” Their operations are based in northeastern Colombia, a place so rich in natural resources that it is a curse rather than a blessing for indigenous and small scale farming communities, who are forced off their land in large scale extractive projects to make way for big money-making business interests. They also advocate on an international level, to raise awareness about the violent removal of peasant farmers and land rights issues. Their work is done at great personal risk, and human rights lawyers have often been threatened, repressed, even “disappeared” or killed. Judith Maldonado has personally faced threats from armed groups, and illegal surveillance by the state. CALCP is supported by Peace Brigades International, a UK based group that provides support and protection to human rights defenders all over the world who are subject to repression.