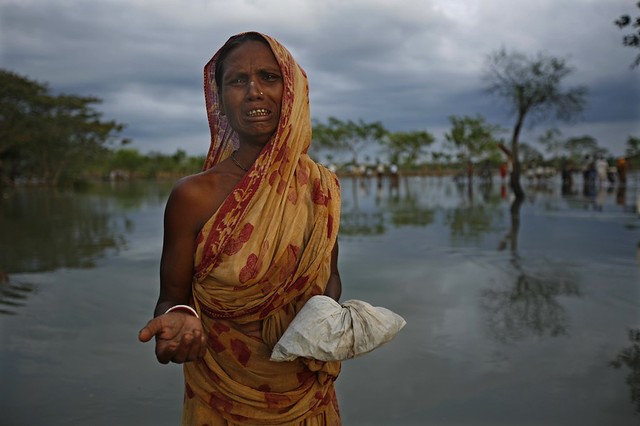 Monsoon season in the Bay of Bengal usually lasts from June to September and can be characterized by sudden, violent downpours of torrential rain. These heavy rains are integral to the climate and culture of this part of the world, but can also pose a threat to lives and infrastructure when storms become severe. In the Chittagong Hill Tracts region of Bangladesh, monsoon rains and cyclones can trigger landslides on the steep, uneven ground. These landslides have become increasingly deadly in recent years. Substantial landslides in the second half of the 20th century typically recorded few to no deaths. This changed by the turn of the century: in the 2007 and 2017 landslides, 136 and 170 people died, respectively. Landslides in Bangladesh are becoming deadlier and the government must take measures to prevent further loss of life.

With an urbanization rate of 3.17 percent, Bangladesh has experienced a large amount of internal migration. People who seek better job and educational opportunities are moving to urban areas. Urbanization itself is not a bad thing, but problems can arise when local governments do not utilize appropriate city planning measures. For example, 21.3 percent of Bangladesh’s urban population lived below the poverty line in 2010, and 62 percent of the urban population lived in slums in 2009. These statistics reflect an inability to accommodate a quick, large influx of people.

In the Chittagong Hill Tracts region, unplanned urbanization can be deadly. People seeking land in the area often end up settling on the hills just outside of urban centers. Building is supposed to be prohibited on these landslide-prone areas, but zoning is typically not enforced and people ignore the warnings. The Department of Energy found that there are about 2,000 families in the area currently at high risk.

Land in the Chittagong Hill Tracts has a contentious history. Groups of indigenous people in Bangladesh have long fought for rights and protections that the federal government is reluctant to give. In the 1970s, an indigenous guerilla group launched an insurgency on settlers who were encroaching on their territory. The 1980s saw no more protection for indigenous lands, but a large influx of Bengali settlers moved to the area as part of a government-supported migration effort. Violence has since persisted between landless Bengali settlers building in the hills and indigenous communities who once called the area home.

Indigenous communities in Bangladesh suffer disproportionately from land conflicts and lack of governmental support. It is estimated that about 90,000 indigenous people were displaced as a result of the conflict, with many families setting up temporary structures on the steep and unstable slopes. Amnesty International has called on the Bangladeshi government to be more proactive in recognizing indigenous rights, but concrete progress on the issue remains evasive.

Because many indigenous communities have lived in the Chittagong Hill Tracks for generations, they have the knowledge necessary to allow them to build homes that are less vulnerable to landslides in Bangladesh. Ideally, homes on these slopes would be stilted so that mud and water can pass underneath without causing damage. The increased cost of lightweight building material like bamboo, however, has recently made this practice much more expensive. When families cannot afford materials to stilt their homes, they are forced to build on the ground and in the path of landslides. These ground-level homes can also make the hills more unstable, as digging increases the amount of loose earth on the slopes.

Monsoons have been changing in recent years. Increasingly, rain comes in powerful torrential downpours that may only last a few days but can dump as much water as would previously be recorded over the span of a month. This pattern is likely to increase the frequency of dangerous landslides as water has less time to seep into groundwater deposits.

Cyclones, known in North America as hurricanes, are single storm systems that form over the ocean and carry rain and wind to land along the coast. Only about 5 percent of the world’s tropical cyclones form over the Bay of Bengal. However, out of 10 cyclones that recorded very high loss of life, five were in Bangladesh. This statistic reflects the vulnerability of people living on the exposed hill tracts.

Local governments have recently been more proactive about implementing storm warning and evacuation systems in vulnerable areas. Only 11 people died from landslides last year, which is significantly less than the 170 landslide fatalities in 2017. However, in the Chittagong Hill Tracts district, there are no official storm shelters. This means that during periods of evacuation, government-run buildings such as radio and TV stations must accommodate people fleeing their homes. These buildings sheltered about 4,000 people last year. Official storm shelters would be better equipped to handle the increasing number of people fleeing storm damage.

The Asian Disaster Preparedness Center (ADPC) is recommending that until more concrete preventative measures can be taken, schools and faith-based organizations should work to prepare and educate communities about the dangers of landslides in Bangladesh. If people living on the slopes of the Chittagong Hill Tracts cannot avoid landslides, they may have to learn how to adapt to them.