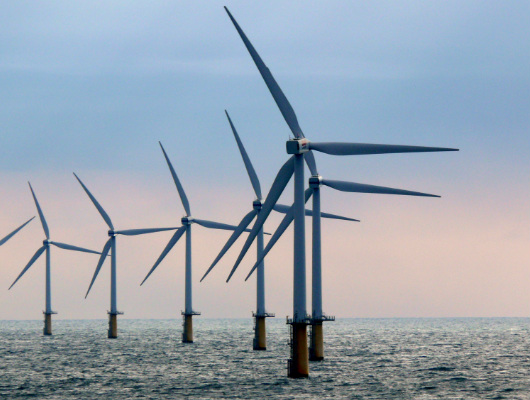 Google is not only known for its innovative technology, but also for its support of sustainability and clean energy. Google has also made a name for itself on Wall Street, investing billions in clean energy sources that have contributed to its $727 share price.

During 2011, Google made its first international investment of nearly $5 million in one of the largest solar plants in Brandenburg, Germany. The project has an 18.65 MW that powers enough energy for 5,000 homes. The majority of the modules used to create the project were from German companies who lead in the renewable energy sector.

In May of 2013, Google invested $12 million in the Jasper Power Project: Investing in South African Solar. The project will fund a 94W solar photovoltaic plant that will ultimately provide electricity to 30,000 families.

Last month, Google made its third international investment of $12 million in support of the Lake Turkana Wind Power Project in northern Kenya. Google Director of Energy and Sustainability Rick Needham plans to see more investments in renewable energy resources in the developing world from Google.

He states, “The fastest growing economies are here, and there’s a strong need for critical power. Economies are being held back because they don’t have enough power — and yet they have wonderful renewable resources. These nations can meet their future and growing energy needs by tapping into some of the best renewable resources in the world.”

According to Bloomberg, renewable energy companies First Solar Inc. and SunPower Corp developed a business model that converts income from the wind and solar farms into dividends for investors. Renewable energy projects are eligible for tax benefits and see a reduced price for a solar power system under contract with Google.

If more corporate investors took advantage of these benefits, demands may grow; prices and the industry’s financing costs go down. Google has invested more than $2 billion to fund renewable energy resources programs that together will generate enough electricity to power half a million homes.