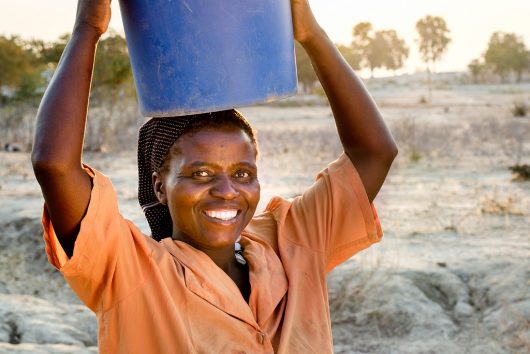 Lake Chivero, a key water source for Zimbabwe’s capital Harare, is one of the several major dams that have reached full capacity countrywide. The synchronized overflow of the dams followed incessant rains that have pounded Zimbabwe for two weeks. Contrary to popular belief, this overflow is a good thing — at least in regards to the water quality in Zimbabwe.

The spilling of Lake Chivero, according to Harare Water Director Eng Hoslah Chisango, would improve not only the availability of water but also the water quality in Zimbabwe. When the lake spills, the downstream pour carries dirt with it and so the quality of the raw water is improved.

According to the Zimbabwe National Water Authority, Lake Chivero has risen to 108% capacity. But Lake Chivero’s overflow is just one of many across the country. Other water reservoirs have also been full as a consequence of the heavy rains, and the national dam level average has risen to 65%. This is a huge landmark, especially in Zimbabwe, where the residents suffer from scarce water supplies.

The two weeks of heavy rains may not seem noteworthy, but in Zimbabwe, they are just the opposite. The domino effect set in motion by the overflow of dams across the country could help Zimbabwe get access to clean water for the near future. This is especially important as the country’s overall water coverage is a mere 56%. Most people rely on water from boreholes (narrow shafts drilled into the ground), which are almost all contaminated. Women and children, who are often the ones responsible for going to the borehole, often have to wait up to five hours to collect water.

Water quality in Zimbabwe is nevertheless an important problem that needs to be addressed, but the dams may provide momentary relief for the country. On a large scale, the overflow will not offer the necessary relief to the Harare residents who have been suffering from both the country’s droughts and the council’s inefficiency to find a long-term solution. Hopefully, the dam overflow sheds light on the poor water quality in Zimbabwe and the need for additional aid.