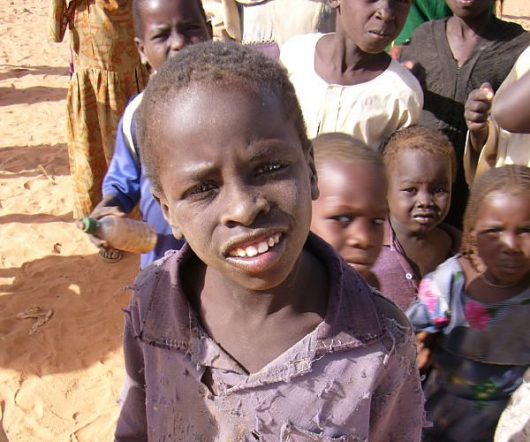 Within the Lake Chad basin of Africa, there is a crisis occurring. This crisis includes the increasing rates of famine, floods and militia groups such as Boko Haram which threaten the lives of individuals across Niger, Chad, Cameroon and Nigeria. This situation has displaced 1.3 million children and has made it difficult for students to access schools. However, a new program initiated by UNICEF and Education in Emergencies is providing a radio education program for Lake Chad that will give over 200,000 children potential access to education.

Conflict in Lake Chad has been occurring since 2009, with Boko Haram leading attacks against civilians and using violence to ban schooling. In the past eight years, Boko Haram has closed over 1,200 schools and has murdered over 600 teachers, as well as forcing 19,000 educators to flee. With many schools destroyed and more facing threats, children have no way to safely access education.

The occupancy of Boko Haram, although the primary threat to students, is not the only challenge when it comes to accessing schools. Children also encounter difficulty in mobility due to the rainy season, which causes flooding. This threat is all in combination with overarching threats of famine and water-borne diseases. These factors work together to make achieving an education almost impossible.

The UNICEF-designed radio education program for Lake Chad is an essential service that will educate children in the most rural areas of the country. This innovative program will feature 144 lessons on literacy, numeracy and other critical information. These lessons will be broadcast in French as well as in the local languages of Kanouri, Fulfulde and Hausa. This tool will reach children that have no other way to access schooling.

A significant aspect of this program is that it will be accredited by the governments of Cameroon and Niger. This point means the children using this program will not fall behind in their schooling and may have the potential to receive a certificate validating their success.

The radio education program for Lake Chad will also be bringing communities together, as UNICEF will be encouraging radio listening groups to help children get the most out of each broadcast. This measure will also ensure that adults will allow children to use existing radios and help with guided listening.

Despite the circumstances that currently prevent children from attending school, humanitarian organizations continue to find a way to keep these students learning. This radio education program will provide quality lessons to children that may have otherwise been denied an education entirely, ensuring that education will remain a priority for even the most vulnerable populations. 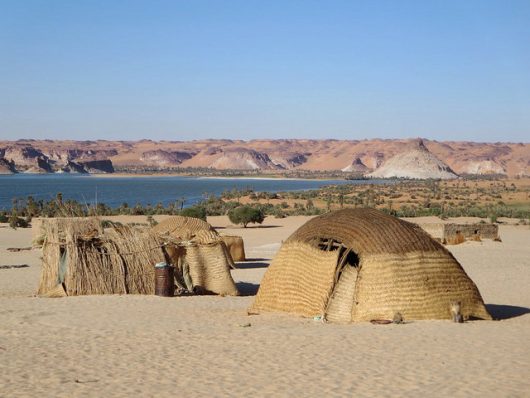 As the rainy season approaches in the war-torn Lake Chad region of Africa, humanitarian organizations stand on high alert. The Lake Chad Basin is composed of Cameroon, Chad, Niger and Nigeria. With some of these countries facing violent attacks from Boko Haram and others in desperate humanitarian circumstances, this upcoming rainy season poses a threat to millions of lives. Fortunately, UNICEF, the World Health Organization (WHO), USAID and other humanitarian organizations are coming together to figure out solutions to the Lake Chad crisis.

The focal threat of the rainy season is disease and famine, caused by flooding and muddy roads which limit the accessibility and mobility of populations. With more than seven million people already suffering from malnutrition in this region, the threat of the rainy season puts 17 million individuals, mainly women and children, directly at risk. Of those 17 million, 5.6 million children are in danger of contracting water-borne diseases such as cholera, which can prove fatal if not treated.

Amplified by the violence occurring in the Lake Chad region (specifically conflict in Northern Nigeria), the threat of this upcoming rainy season is palpable. Boko Haram in Northern Nigeria prevents much of the aid from reaching the affected population. The group has also destroyed vital infrastructure such as medical clinics, schools, water pipelines, bridges and roads, which has left many without access to essential services.

With 2.3 million people already displaced in the Lake Chad region, it is essential that humanitarian organizations work with haste. After meeting at the Oslo Humanitarian Conference on Nigeria and the Lake Chad Region, international humanitarian agencies have devised a response plan for 2017. However, it will require a budget of $1.5 billion, which is out of reach for most aid agencies.

Despite the lack of funding, UNICEF and its partners have stayed committed to the cause, going to the communities at the highest risk for cholera outbreaks and teaching families about sanitation and how to protect themselves against water-borne infections. In Niger, Cameroon and Chad, the distribution of essential drugs and bars of soap have helped out the citizens living in internally displaced persons’ camps. Humanitarian organizations are also urging the governments of the affected populations to take their responsibilities seriously and protect their civilians.

Despite the difficulties faced by both the concerned communities and the aid organizations trying to reach them, UNICEF, the WHO and other international humanitarian agencies still dedicate their resources to helping those in the Lake Chad crisis. 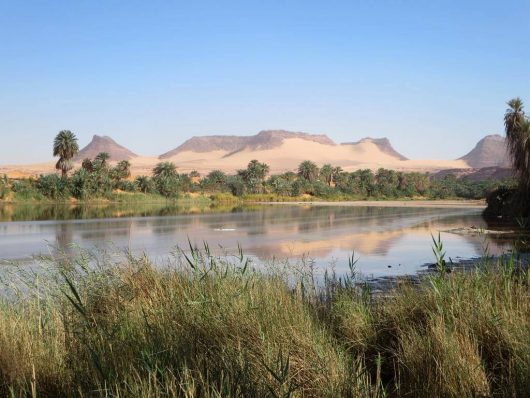 A hunger crisis in the Lake Chad basin has unfolded since Boko Haram has left much of Nigeria and surrounding nations in ruins.

The people in the region are facing famine-like conditions due to being forced to abandon their crops to flee Boko Haram. More than eight million people in the Lake Chad basin are currently struggling with hunger. The area is plunging further into food scarcity as more crops go unharvested. Some crops are even being burned as Boko Haram raids and loots villages.

Boko Haram is a militant Islamist group that has created unrest with bombings, abductions and assassinations. Its followers believe that the Nigerian government is run by non-believers, and Muslims should be forbidden from taking part in any activities associated with Western society, including voting in elections and participating in secular education.

While the group was founded in 2002, military operations began in 2009 in an attempt to create an Islamic state. The name Boko Haram means “Western education is forbidden,” when translated loosely from the Hausa language. The U.S. declared Boko Haram a terrorist group in 2013.

Boko Haram spread its military campaign into the neighboring countries of Niger, Chad and Cameroon. The U.N. estimates that 14 million people in the region are in need of humanitarian assistance.

An estimated 480,000 children across the four countries affected by Boko Haram are suffering from acute malnutrition. Basic supplies in refugee camps are scarce, and aid groups cannot reach those in villages occupied by Boko Haram as well as remote areas to offer humanitarian assistance. Of the children in critical need of assistance, U.N. officials estimate that 75,000 could die within a few months.

The hunger crisis in the Lake Chad basin is so severe that Doctors Without Borders physicians have added food to their bags of medical supplies. The U.N.’s World Food Programme delivered aid to more than one million people in December 2016, a sharp increase from the 160,000 people it assisted in October 2016. The World Food Programme is in desperate need of more funding to deliver life-saving assistance to all those in need in the region.

To help relieve the hunger crisis in the Lake Chad basin, you can make a donation to the World Food Programme. 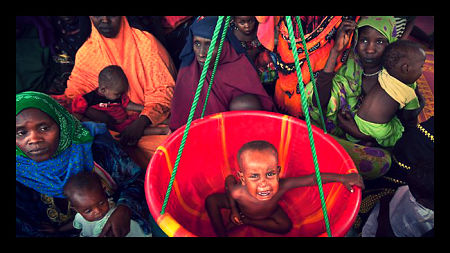 The country of Chad is approximately three times the size of California and has a population of 11.7 million people. The country has been struggling with an unstable government since its independence in 1960 and currently, one third of the children living in Chad are malnourished. 87% of the population living in rural areas is surviving on a US $1.25.

In Chad’s central and eastern areas, known as the Sahelian zone, childhood malnourishment is high and is a consistently severe problem. The resources in Chad are in extremely short supply, meaning that jobs and farming are scarce.  The International Medical Corps’ (IMC) has assessed and determined that hunger in Chad has officially reached “critical” levels, additionally finding that young girls are the most common victims of severe malnourishment.

Fish, wheat and Natron are major resources that are influenced by Lake Chad, but the great lake has shrunk in area over the past 40 years to a mere 10% of what it once was. As a result of this, the limited harvest of 2012 led to skyrocketing high costs of food.

More than 30 million people depend on Lake Chad for food and as a source of income, but the extreme droughts have eliminated most of the water and caused unsanitary conditions for those who lack any access to clean water.

Diarrhea and water-related illnesses have only added to malnutrition in children because they are unable to “retain vital nutrients in food.” IMC has determined that 26% of children under the age of five suffer from general acute malnourishment.

People living in Nigeria, Cameroon, Niger and Chad form their livelihoods off of water as well, and the droughts have forced food insecurity upon approximately two thirds of the Chadian population alone.

Farm animals are dying and land resources are hard to come by due to the constant migrating of farmers to find suitable land conditions.

With frequent relocating comes strained relationships between the neighboring Lake Chad communities. Conflicts have risen due to the instability of each country’s economy and Chad has faced an onslaught of refugees straining the already minimal resources.

IMC is currently working to address the rising levels of hunger in Chad by educating the population on nutrition and providing assistance with health care. They are hoping by building awareness of malnutrition globally more people will recognize and aid the people of Chad.