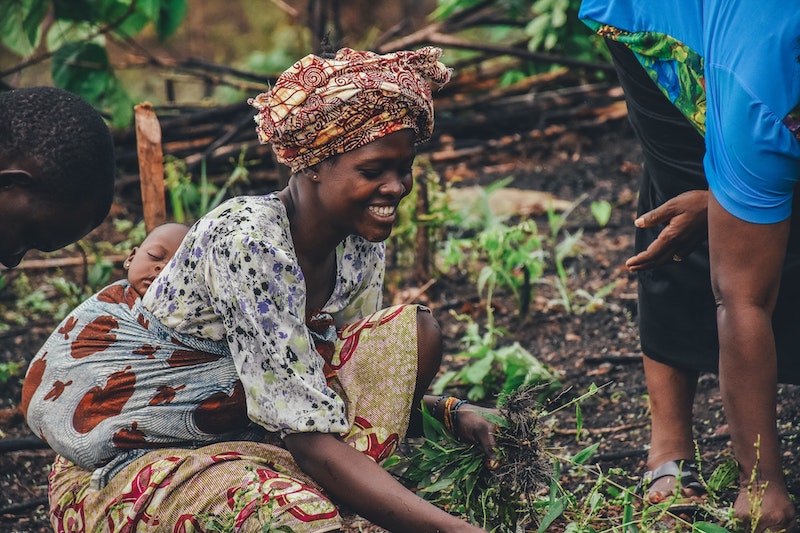 Gender-based violence, discrimination and genital mutilation are some of the many challenges that women in Sierra Leone face. In comparison to males within the nation, a woman’s “voice, visibility, participation and representation in elective and appointment positions” is substantially less. Women in Sierra Leone face severe marginalization despite their significant “contributions to the economy” and the sustenance of their households.

Active membership in “secret societies” has detrimental impacts on girls and women in Sierra Leone. These inconspicuous societies stand as  significant “cultural institutions” steeped in ancient rituals that Sierra Leoneans believe “protect communities against evil and guide adolescent girls to womanhood.” Sierra Leone holds “one of the highest rates of [female genital mutilation]” globally with 90% of girls and women aged 15 to 49 enduring the violating procedure. Female community members often perform genital mutilation procedures “without anesthetic,” using knives, razors and even shards of glass. Female genital mutilation, in addition to risks of extensive hemorrhaging, can result in a multitude of medical problems ranging “from infections and cysts to infertility and complications in childbirth.”

Almost 50% of Sierra Leonean females endure “sexual or physical violence during their lifetime.” Throughout the Sierra Leone Civil War, “widespread and systematic sexual violence against women and girls” was a common occurrence. This extreme brutality, often at the hands of rebel groups and Civil Defense Forces, affected girls and women of all ages. In terms of violence within domestic relationships, several factors play a role.

The first is that Sierra Leonean society sees certain types of violence in a relationship as warranted and acceptable. In addition, women who report cases of domestic violence face harsh judgment and shame from the community, which is why many choose to remain silent. The legal system also does not see cases of violence involving married women as a priority, but rather, a personal matter that requires a resolution within the confines of a home. In general, many citizens do not have faith in the legal system. The lack of competency within the fragmented legal system continues to generate leniency for perpetrators, contributing to the prevalence of abuse toward women.

Marginalization in the Workforce

Women in Sierra Leone have long generated significant advances in the economy and frequently serve a key part in ensuring their households’ survival. In rural Sierra Leone, women perform more than 60% of the agricultural work necessary for food production in the nation. Males, however, continue to have stronger opportunities for management and influence of the industry, ultimately demoting females to inferior jobs, according to USAID.

Girls are less likely to remain in school in comparison to boys due to factors such as child marriage, early pregnancy and gender roles that dictate a female must take on household responsibilities. Additionally, it is extremely rare for a female to continue her education after marriage or pregnancy — “less than 2%” of married females between the ages of 15 and 19 attend school. Due to these cultural norms, women in Sierra Leone are chronically undereducated, a factor that has far-reaching impacts.

Women in Sierra Leone confront significant challenges when joining the political arena. They face difficulty when navigating disproportionately male-dominated political structures, such as in “accessing male-dominated political networks and making allies, in financing election campaigns and in commanding respect.” Women also often face gender-based discrimination within the political domain. Lower levels of literacy as well as inadequate knowledge of rights and “political processes” further limits females’ capacity to participate on an equal ground alongside males and successfully advocate for fellow women.

The Lady Ellen Women’s Aid Foundation (LEWAF-SL) is an autonomous, international non-governmental organization developed in 2008 but formally “established in 2014.” This group was formed in remembrance of Ellen Pauline Kise, a philanthropic humanitarian who died of cancer in 2008. LEWAF’s objective is to eradicate gender-based violence in Sierra Leone, dissolve inequality and ensure that societies treat women as valuable contributors deserving of dignity and respect. To accomplish this, the organization supports women through a four-pronged response:  prevention, protection, response and advocacy. LEWAF seeks to help women in Sierra Leone achieve equality and become empowered.

Despite the discrimination they endure, women in Sierra Leone can look to a brighter future as organizations empower them with the resources and skills to rise up against women’s rights violations and lift themselves out of poverty.