Tag Archive for: Ladels of Love 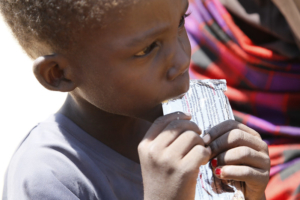 A South African nonprofit has broken the world record for the most sandwiches made in an hour. Before this, the Guinness World Record stood at around 57,000. However, on Mandela Day 2020, Ladles of Love encouraged all Cape Town residents to order its free sandwich-making kit and made a total of 304,583 sandwiches to combat hunger in South Africa. The record-breaking sandwiches were received by hungry people all over the capital city.

Ladles of Love is a volunteer soup kitchen for the homeless. Although the organization is honored by winning a world record, it’s main focus remains to provide food aid to hungry Capetonians. Ladles of Love was founded by Danny Diliberto in 2014. While walking the streets of Cape Town providing free soup, the restaurateur observed a homeless man shouting and swearing. When Diliberto approached him with the soup, the man stopped to thank Diliberto and continue walking. Realizing the power of a simple gesture in restoring dignity as well as a basic human right, Diliberto founded the soup kitchen. Since then, Ladles of Love has served over four million meals.

South Africa has a population of 53 million people, of which 7 million suffer from hunger. More than half of the South African population is at risk of hunger with the poorest groups spending 50% of their income on food. In comparison, the average American spends 9.5% of their income on food. Many factors have contributed to food insecurity in South Africa, including unemployment, rising food prices and the disproportionate effects of apartheid on communities of color.

To improve hunger in South Africa, many large organizations such as the WHO and CARE have also invested in food aid. These efforts have made a positive impact. The percentage of hungry individuals in South Africa fell from 30% in 2002 to 13% in 2017. During this time, the crime rate also fell from 46% to 34%.  This observation supports studies that show that improving food security reduces conflict and improves economies. Every dollar invested in childhood nutrition programs and interventions yields around $16 in return.

Hunger and COVID in South Africa

As the COVID pandemic puts more South Africans out of work and weakens the economy, more food aid is crucial to helping the country recover. Organizations like Ladles of Love have already stepped up. The non-profit said that, in addition to making record-breaking sandwiches, it is now supplying various soup kitchens, shelters and 110 beneficiaries and NPOs (who support 250 beneficiaries of their own) in order to help provide food where it is needed most.

With the help of organizations like Ladles of Love and support from government institutions, South Africa is working to overcome food insecurity. Currently, the country has the highest number of COVID cases on the continent. In addition to record-breaking sandwiches, the nation is in need of greater investment in food aid. As demonstrated by a local initiative that feeds hundreds of thousands of South Africans year-round, improving access to food for the hungry and malnourished is possible through cooperation. – Beti Sharew
Photo: Flickr