Tag Archive for: Lack of Toilets 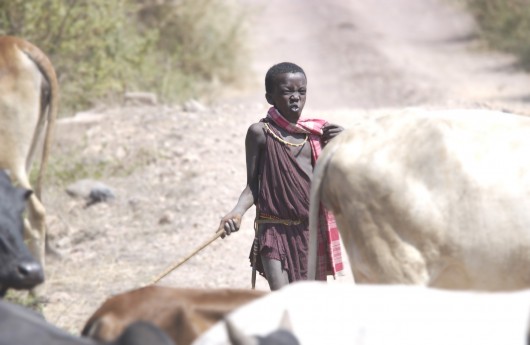 In 2013, studies showed that more people on earth had cell phones than access to toilets. Today, 4.5 billion people still do not have access to bathroom facilities.

Without proper toilets, approximately 946 million people are forced to relieve themselves outside. By doing this, people pollute water sources, jeopardize public health, and impact the lives of others. According to World Health Organization (WHO), 700,000 child deaths are linked to diarrhea, which is a result of unclean or unavailable toilet facilities.

Dr. Maria Neira, WHO’s public health department director says, “Until everyone has access to adequate sanitation facilities, the quality of water supplies will be undermined and too many people will continue to die from waterborne and water-related diseases.”

Countries all around the world have issues with toilet accessibility. India, however, struggles the most, with 640 million of the population using the restroom outdoors.

Lacking proper toilets is a global crisis that many people do not speak about. “There is a kind of a feeling among politicians that if we ignore the problem it will go away,” says Nitya Jacobs, policy leader for the Indian branch of the international charity WaterAid.

However, this problem cannot be solved with silence.

Bill Gates, co-founder of Microsoft and founder of the Gates Foundation, launched the “Reinvent the Toilet” campaign in 2012, which aimed to improve sanitation conditions in developing countries. The event hosted researchers, designers, investors, and advocates, all of whom participated in discussions on how to invent a sustainable toilet that reduces the spread of diseases.

At the event, researchers and universities showcased toilets that would manage human waste and improve the lives of others. The Gates Foundation awarded the most promising designs with money to further their research.

Bill Gates says, “Innovative solutions change people’s lives for the better. If we apply creative thinking to everyday challenges, such as dealing with human waste, we can fix some of the world’s toughest problems.”

So how can others help those who don’t have access to toilets?

Gates says, “Imagine what’s possible if we continue to collaborate, stimulate new investment in this sector, and apply our ingenuity in the years ahead. Many of these innovations will not only revolutionize sanitation in the developing world, but also help transform our dependence on traditional flush toilets in wealthy nations.”

Simply put, innovative thinking has the potential to change and improve the lives of others.

As universities and researchers continue to develop sustainable toilets, building latrines can decrease the spread of disease. In 2015, a thriving and technological time, every person should have access to a clean and working toilet. 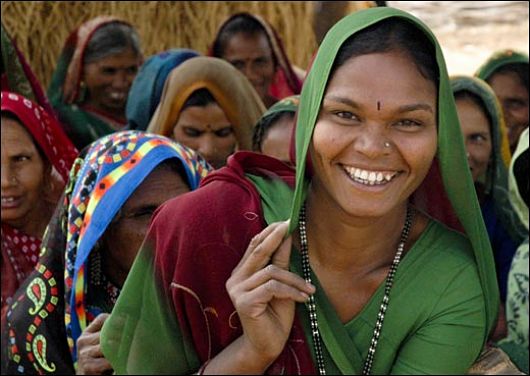 A new product, launched by a Delhi startup last year, gives women the ability to urinate while standing up.

The PeeBuddy is a single-use funnel created from paper that is both coated and waterproof. The funnel is seen as one possible solution to India’s lack of clean toilets.

The country is one of the worst in terms of access to clean toilets. A study released by the World Bank in 2013 showed that over 600 million people defecate without the use of a toilet. This figure corresponds to over 53% of households.

Even if women can find a public toilet to use, it is often dirty. As a result, it is common for them to drink less water, which can lead to health issues.

A study published in the Journal of Nutrition demonstrated that dehydration was a primary factor in instigating headaches, loss of focus and fatigue.

By using the PeeBuddy and urinating while standing up, women in India are able to create a more hygienic atmosphere in an otherwise dirty bathroom. The startup’s website says the product is ideal for restaurants, nightclubs, public toilets and other popular destinations.

The idea for such a creation was born during a road trip consisting of four couples, according to Deep Bajaj, PeeBuddy’s founder.

During the trip from India’s capital territory to Jaipur, a city to the south in the Rajasthan state, Bajaj said the group made frequent stops to look for clean bathrooms, as only around one in five met the wives’ standards.

When one of the women on the trip commented how she wished she were in Europe so she could have access to a plastic device to use when encountering unsanitary toilets, Bajaj came up with the idea for the PeeBuddy.

The product is favored over others that have been produced because of the relatively cheap cost. A pack of 20 funnels costs 375 rupees (less than $6).

GoGirl, for example, is a reusable device made of silicone, but costs $9.99 each. Pee Pocket, also a disposable, coated-paper funnel, costs $24.99 for a 48-pack.

While some stores have been slow to put PeeBuddy on shelves, possibly because of the unusual product name, 20,000 packs had been sold through April of this year, due in large part to Amazon India.

Poor sanitation can sometimes be the initial domino that starts a cascading wave of other problems. In the case of India, poor sanitation and open defecation have allowed for an overwhelmingly unhygienic environment and a variety of widespread health problems.

In India, there are more people who openly defecate on a regular basis than live in the entirety of Africa. Out of the 1.2 billion inhabitants, 103 million lack safe drinking water and 802 million lack any sanitation services.

For starters, combining an unhygienic environment with a high population density creates a breeding ground for preventable disease epidemics. Two common hygiene-related diseases, typhoid and diarrhea, prevent their victims from absorbing necessary nutrients which leads to malnutrition. India has higher rates of malnutrition in children than Sub-Saharan Africa.

The effect of having proper hygienic practices is shown when comparing the states within India. States where 80 percent or more of the rural population can access toilets have much lower levels of childhood malnutrition than cities where open defecation is commonly practiced.

Not only are there health consequences to open defecation, but social safety consequences as well. When women and children have to relieve themselves, they are forced to venture into the streets rather than using a toilet in the safety of their own home, which compromises their safety. A senior police officer in Bihar stated that about 400 women would have avoided rape last year if they had toilets in their homes.

The root of the problem is the lack of available or accessible toilets to the general population. Unfortunately, use of the toilets found in developed countries would be impractical and nearly impossible to achieve in India. A waste disposal system would need to be put into place, and toilets like these require large amounts of water, which is rarely consistent in developing countries.

While India is not known for being wealthy, the country ranks fourth in the world for manufacturing competitiveness. With many citizens capable of designing and manufacturing innovative solutions, the possibility of a low-cost toilet is promising.

One type of toilet that could potentially work well with India is the composting toilet, which is a toilet that is used for about a year, and subsequently sealed for 6-9 months, where the heat and decomposition of the feces kills off harmful bacteria and creates rich fertilizer that can be used in gardens.

While India’s poor sanitation has deep-rooted negative effects, the country has the innovative capacity to find an efficient and widespread solution.

The lack of toilets is one of the main causes of rape in India.

In Lucknow, India on May 27, two teenage girls went out into the bamboo fields to relieve themselves since they did not have a toilet in their own house. This is common among many of the households in India. The two young girls were raped and killed, then hung from a mango tree in their village.

“More than 60 percent of the rapes in the state occur when the victims step out to relieve themselves because they do not have toilets at their homes,” the state’s top cop says.

According to UNICEF, almost 50 percent of people living in India relieve themselves outside in public due to the lack of toilets.

While the bigger issue due to the lack of toilets is women getting sexually assaulted, another issue to think about is lack of sanitation and the humiliation that women have to go through. The lack of toilets dehumanizes, degrades and makes women feel even more powerless despite all the other issues pertaining to poverty.

According to an article in The World Post, U.N. figures show that out of the 1.2 billion people, 665 million of them do not have a private place to go to the bathroom.

According to a study done by the World Bank in 2010, the lack of toilets in India costs more than $50 billion a year because of deaths and hygiene-related diseases.

Bindeshwar Pathak, founder of the Sulabh Sanitation and Social Reform Movement , an organization that makes low-cost toilets, decided to build toilets in 108 of the houses in the village where the two girls were from.