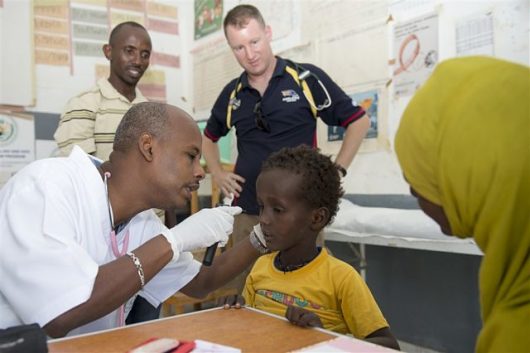 Kenya is one of the most populated nations in Africa with over 45 million people. While it is one of the top tourist spots with its various national parks and sights, Kenya is burdened by poor healthcare. College students and non-profit organizations are making strides to provide healthcare in Kenya by doing medical missions and providing citizens with top medical care from dental to pediatrics.

Facts about Healthcare in Kenya

Kenya faces many hardships including widespread poverty and a lack of access to healthcare. According to ChildFund International, over 35 million Kenyan citizens do not have health insurance, which means life expectancy for both men and women living in Kenya is 60-65 years old. In 2013, only 4.5 percent of Kenya’s GDP was spent on healthcare, which is quite low compared to other countries. With 19 million children under the age of 15, healthcare in Kenya cannot keep up with the growing population.

The top three causes of death in Kenya are: diarrheal diseases, HIV/AIDS and other noncommunicable diseases. Malaria is another big issue, causing around 4,000 deaths a year. Lack of access to healthcare paired with unsanitary living situations worsens these conditions.

Another major concern for healthcare in Kenya is infant mortality rates. Infant mortality is 48 percent in Kenya, according to HERAF. This high number is caused from diseases such as malaria and HIV/AIDS as well as malnutrition.

What are People Doing to Help?

Paige Berkey, a Georgia Southern University nursing student, went to Nairobi, Kenya in 2018 to do medical missions for citizens suffering from poor healthcare due to poverty. Berkey went with an organization called International Medical Relief, a non-profit organization based in the United States where they bring medical assistants to over 57 impoverished countries each year. They set up free clinical sites in areas where a medical team was most needed to help with healthcare in Kenya.

The medical team consisted of a pediatrician, wound care, podiatrist, obgyn, mental health doctors, internist doctors, cardiologist, dentists and an eyeglass station. A pharmacy was also open, where patients could pick up prescriptions, as well as educate them on proper procedures while taking certain medications.

The team saw about 300 patients a day and saw a total of 1,377 patients over the course of their time in Kenya. Berkey mainly worked with the triage team, but also helped in the pharmacy and eyeglass station. “We would start with vital signs and then do a quick head to toe assessment and get their chief complaint and the history of the complaint,” Berkey said. “We would then decide which doctor to send to them.” Pediatrics was the most popular service that Berkey and her team provided. The pediatrician would have a wait of over two and a half hours every day and he was always the last one finished.

With help from organizations like International Medical Relief, Kenya is able to get better healthcare for its citizens, especially those who live in poverty.