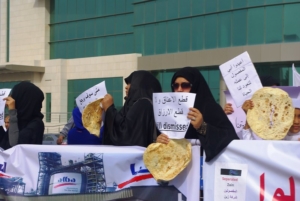 Small in size, but rich in natural resources, Bahrain has a small population of 1.5 million residents and a GDP of $37.75 billion. It is one of the richest countries in the world, much like other GCC (Gulf Cooperation Council) countries. It is the fifth richest Arab country and the 23rd richest country in the world. This is mostly due to its high-income economy that relies on oil, natural gas and tourism. As a result, many overlook the problem of homelessness in Bahrain.

In fact, there is not much information about homelessness in Bahrain. This is because the government has established an agency called The Ministry of Housing. Its main responsibility is to provide adequate social housing for those in the country who cannot afford it. The constitution specifies the obligation of the government to provide housing for its citizens. Three-fifths of Bahrain’s citizens have benefited from government housing assistance, which is why homelessness in Bahrain is not a large social phenomenon.

Despite the low rates of homelessness in Bahrain, there is a problem of housing insecurity for many of Bahrain’s residents. Migrant laborers who work in low paying jobs do not receive the same rights citizens do, especially when it comes to housing. Their housing arrangement is through the “Kafala” system, a form of modern-day slavery, in which an employer dictates where the workers live. Housing is generally paid for by renting shared apartments to save money. Without receiving housing benefits and having an average wage of BHD 196, which the government defines as “low pay”, migrant works are left in a very vulnerable position. When oil prices fell in 2019 and an economic downturn occurred, many of these laborers were not receiving their wages. On top of that, the rising cost of living resulted in an increased rate of suicide among the migrants.

The government of Bahrain is currently in the second phase of implementing a Wage Protection System bill, which passed in 2019. The bill would require companies to pay their employees using methods authorized by the Central Bank of Bahrain. It would also require them to inform the Labour Market Regulatory Authority of the payments. Additionally, it imposes requirements employers must adhere to when seeking migrant labor. These requirements include a clean record absent of failure to pay workers’ wages. This is a step in the right direction, as it will ensure that migrant workers will at least receive the payments they need for rent, combating housing insecurity.

Such measures come in part as a result of advocacy by groups that fight for the rights of laborers. One example is an organization known as Migrant-Rights.org. Migrant-Rights.org is an advocacy group based in GCC that documents migrant worker abuse and advocates on their behalf. The work of these groups helps reduce housing insecurity among migrant workers, further improving the issue of homelessness in Bahrain.