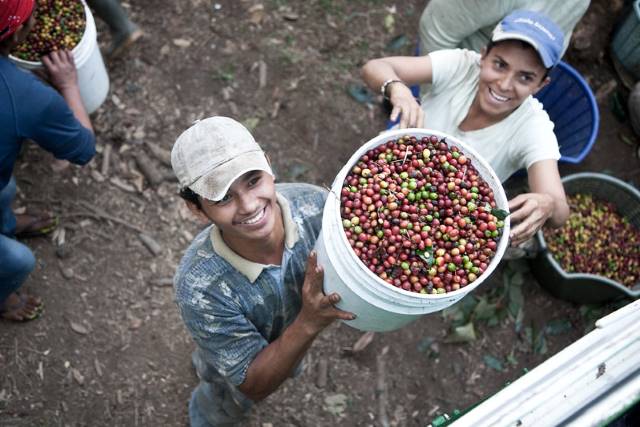 Coffee production in Nicaragua is a steadily maturing industry. The coffee industry in Nicaragua accounts for more than $500 million a year in exports and is responsible for more than 200,000 jobs. Roughly 40,000 coffee farmers and their families rely on the coffee industry as their primary income and support. But, despite contributing the lion’s share, small-scale producers are often left behind with paltry benefits. The Society of Small Producers for Coffee Exports (SOPPEXCCA) engages this issue by supporting farming families in Nicaragua. The SOPPEXCCA coffee cooperative was founded in Nicaragua in 1997 with the intention of improving the lives of its members and communities in the Nicaraguan coffee industry.

The rise of specialty coffee is promising for Nicaragua. Nicaraguan beans are distinctly known for their mild and citrus-like taste and are consequently gaining traction in the global market. Roughly 60% of the nation’s coffee output comes from northern regions like Jinotega where SOPPEXCCA was founded.

Most coffee growers face economic challenges beyond living a humble farming life. The crops require a decent amount of maintenance and are prone to environmental risks. A leaf disease called “la roya” puts 30-40% of coffee plants at risk of destruction and hurricanes destroyed 10-15% of the coffee harvest in 2020. Additionally, many children often have to dedicate school time to the farms due to the sheer amount of work involved in producing coffee.

SOPPEXCCA empowers farming communities with long-term solutions that stimulate financial literacy, strategy and growth. By building educational institutions, promoting gender equality, utilizing sustainable solutions and communicating with farmers, the cooperative helps give farmers life skills to improve their economic standing. The cooperative works in accordance with the U.N. Millennium Development Goals, which include eradicating extreme poverty and hunger. Farmers and communities who join SOPPEXCCA are also protected by a number of international securities. This includes Fair Trade certification and Food4Farmers benefits. These efforts are part of SOPPEXCCA’s anti-poverty agenda.

SOPPEXCCA’s youth movement, Children of Coffee, reaches out to younger generations through education. By providing classes, scholarships and building schools, SOPPEXCCA looks to fund programs that help kids who come from farming backgrounds.

The SOPPEXCCA coffee cooperative is led by Fatima Ismael and boasts a female membership rate of 40%. Ismael took over leadership in 1997 and pointed the cooperative toward a robust plan on a women-centric approach. Participating coffee businesses and entrepreneurs have supported initiatives for improving public health by investing in cervical cancer prevention programs.

The cooperative has also launched a number of movements to support women in the field of coffee agronomics. The coffee-growing industry is generally typified as masculine. But, cooperatives such as La Fondacion entre Mujeres and Las Diosas, within SOPPEXCCA, seek to empower women in roles typically reserved for males. SOPPEXCCA also supports female coffee producers by giving them the tools and knowledge needed to succeed in the industry, such as marketing and management skills.

SOPPEXCCA also equips farmers with the entrepreneurial skills required to participate in the fast-paced global coffee market. In response to la roya, it partnered with a number of crop diversification outlets to help farmers grow safer and more resilient plants such as cacao. The cooperative has started a chocolate factory to help create jobs and support farmers. SOPPEXCCA also connects small-scale coffee producers with large corporations such as Starbucks, allowing them to apply for loans that can jumpstart their business careers.

The Rise of Craft Coffee

Caffeinated beverages are on the rise within the global market and Nicaraguan coffee will likely be one contender among many pioneering trends. Since its establishment, SOPPEXCCA has significantly grown. It started with fewer than 70 men and women coffee producers and since expanded to 650 men and women producers, organized in 15 cooperatives in SOPPEXCCA. By supporting Nicaraguan coffee farmers, SOPPEXCCA supports poverty reduction in the country.