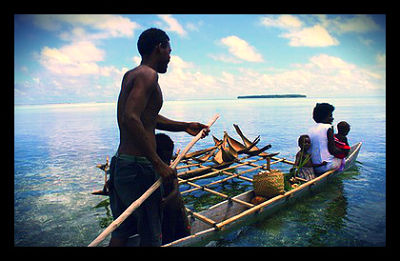 For a long time, human civilization has seen refugees from all kinds of nations, due primarily to political or militaristic reasons. However, there is set to be an occurrence of some of the first mass cases of “environmental refugees,” who will be forced to leave their homes as a result of climate change.

For example, small island nations with extensive low-lying coastal areas are placed in a difficult position because of rising seas. While for most developed countries the issue of climate change does not implicate intensive and readily apparent consequences, the same does not apply for many developing island nations—whose very existence is threatened by the projected rising seas of the near future.

The necessity for adaption is an especially prominent issue that these island nations face. This is particularly true since many of them are small and still developing, making it difficult for them to counter rising seas on their own. Moreover, public money that may be spent towards healthcare or education is often required to be reallocated towards protecting their shores. This ends up putting a drain on the economies of various island nations, making the situation for their people looks quite bleak.

The United Nations have identified 52 small island developing states that will face the brunt of climate change effects. All of them—very unique with their own lasting culture—may see their way of life come to an end, as communities will eventually become heavily displaced. However, the issue extends to a plethora of other people on a global scale as well. For instance, the majority of the global population is situated among coastal areas, while many others, over 600 million people worldwide to be exact, may also face the possibility of displacement since they are living within low-lying coastal areas less than 10 meters above sea level.

To address some of the issues presented, the United Nations General Assembly convened late in 2013. Speaking on behalf of small island developing states, the Prime Minister of Antigua and Barbuda—Winston Baldwin Spencer—spoke about the rising greenhouse gas concentrations stemming almost exclusively from a number of nations within the developed world. Pleading his case, Spencer stated that, “Developed countries should shoulder their moral, ethical and historical responsibilities for emitting the levels of anthropogenic greenhouse gases into the atmosphere. It is those actions which have now put the planet in jeopardy and compromised the well-being of present and future generations.”

Following the Kyoto Protocol, which unsuccessfully attempted to put a cap on the atmospheric carbon concentration, the United Nations has established the 2014 Climate Summit. World leaders from across the globe are expected to congregate in order to address climate issues and push for innovative solutions that span across areas including government, business, finance, industry and civil society.  The Summit is planned to take place in New York during September of 2014 and will attempt to accomplish a global climate agreement. This will be of monumental significance for small island developing states as they are already doing as much as they can to limit the number of environmental refugees, but find that they still need the help and cooperation of the entire international community. 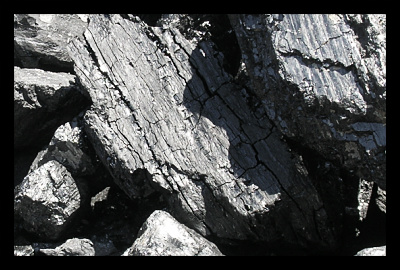 We need greenhouse gases. Without them, the Earth would be a cold, lifeless lump of dirt hurtling through space. Greenhouse gases allow the sun’s rays to pass through the atmosphere and warm the earth. They also prevent the warmth from escaping back into space. The problem with greenhouse gases, however, is that the more heat-trapping gases there are, such as carbon dioxide and methane, the warmer earth gets. This consequently increases the “greenhouse effect” and is what is causing a steady increase in the global temperature. The consequences are enormous.

Humans have been simultaneously burning fossil fuels and cutting down forests. Forests, which produce the oxygen needed to balance out carbon dioxide production, can be compared to a planet sized pair of lungs for Earth. The occurrence of fossil fuel burning and deforestation has increased the amount of carbon dioxide present in the atmosphere by 42 percent.

Carbon dioxide is one of the largest contributors to climate change. Though it is a byproduct of many actions, one of the main producers of carbon dioxide is the burning of coal. Coal, a fossil fuel created from the remains of dead plants from millions of years ago, produces enormous amounts of CO2 when burned.

It also took center stage in a global warming debate on Monday in Warsaw, Poland during a U.N. climate conference. Environmental activists there said that the coal industry needs to be part of the climate discourse, because many countries continue to rely on coal as their primary energy source. Coal has been heavily used since the 19th century English Industrial Revolution. While it provides quick energy, it also results in smog, acid rain, and air pollution. In 2011, 44% of emissions came from coal compared to only 35% from oil.

“Leave the coal in the ground,” says UN climate chief, Christiana Figueres. However, the likelihood that countries who rely on coal will abandon it is low. Instead, many countries are aiming to increase the efficiency of coal-powered plants. Economically, many countries refuse to “give up” using coal because the demand for energy never ceases, and as populations increases, coal quickly meets these needs.

China, for example, is the world’s largest carbon polluter, and while it is investing in renewable energy, its coal consumption continues to rise. Coal was 68% of Chinese energy consumption in 2012 and it continues to be the largest producer. As it’s population and energy needs increase, it must meet these demands.

The amount of greenhouse gases is at an annual record high – 39 million tons this year. However, in a study published by the University of East Anglia (UEA), the level at which people are polluting is leveling off. The good news even presents itself in the West, where emissions have dropped. The U.S. produced 3.7% less carbon dioxide in 2012 than the previous year, and Europe, 1.8%. However, individual emissions per person in the US is still 16 tons, compared to people in India who produce only about 1.8 tons.

Nevertheless, the 2.1% rise projected for 2013 means that global emissions from burning fossil fuels are 61% above 1990 levels, the baseline year for the Kyoto Protocol. The Kyoto Protocol, an international agreement developed in Japan on December 11, 1997, was a commitment made to reduce greenhouse gas emissions by at least 18% below 1990 levels from 2013 to 2020.

Professor Corinne Le Quéré of the Tyndall Centre for Climate Change Research at the University of East Anglia led the Global Carbon Budget report. She said: “Governments meeting in Warsaw this week need to agree on how to reverse this trend. Emissions must fall substantially and rapidly if we are to limit global climate change to below two degrees. Additional emissions every year cause further warming and climate change.”

The problem remains that while many countries have signed the Kyoto Protocol to decrease emissions, China and the United States have not.

The world, if it continues with it’s current emission levels, will see a global temperature rise of 2 degrees Celsius, the worst climate change scenario predicted by the U.N. panel on climate change. 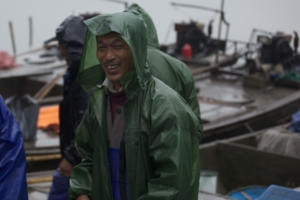 Half a million Chinese were evacuated from their homes in anticipation of the arrival of Typhoon Soulik. In Taiwan, the typhoon has already killed two people and injured 104 while one person still remains missing. According to the Chinese weather agency, the typhoon has been downgraded to a tropical depression, leading to waves of flooding. Villages like Xiamen, for example, were pounded by 40 cm of rain in 24 hours, while the village of Bailan was engulfed by 90 cm of water in 48 hours, leaving only chaos behind.

5,500 soldiers have been mobilized to help the inhabitants of the province of Fujian and neighboring Zheijiang brace for the upcoming typhoon, and according to the official Chinese news agency, about 31,000 boats have found shelter in harbors of the region.

The storm comes on the heels of a landslide that buried 30 to 40 people alive in Zhongxing, a city in the province of Sichuan, South-Western China.  Many parts of China have been inundated by torrential rains during the past week, and the province of Sichuan has been hit particularly hard. Numerous rivers in the region have overflowed their banks, destroying 3 bridges and more than 300 homes. Chinese officials estimate that 36,800 people have been evacuated from the Sichuan region, and the arrival of Typhoon Soulik is only making matters worse.

Meanwhile, the Qingdao coastal ecosystem has been plagued by the invasion of green sea algae for the past seven years. This year, the algae bloom started in mid-June and since then, authorities have cleaned up more than 20,000 tons of algae from beaches, converting it to animal feed. Although the algae are not toxic, it is very smelly and its density poses a threat to the Qingdao ecosystem.

The natural catastrophes China is currently facing remind us of the importance of environmental protection and sustainability programs. China, one of the most rapidly developing economies in the world, is the leading emitter of greenhouse gases, producing “23 percent of the world’s carbon dioxide” compared to 21 percent for the United States. In 2006 alone, China produced 6.23 billion metric tons of carbon dioxide versus 5.8 billion metric tons for the U.S.  The general increase in carbon dioxide emissions is mainly due to increased cement production and coal consumption, but also to the higher standards of living the Chinese middle class aspires to, based on the Western model.

The meteorological events occurring in China serve as a warning that, when Mother Nature decides to strike, it isn’t easy to fight back. Environmental preparedness and protection as well as emergency response aid are necessities for the survival of the human race.