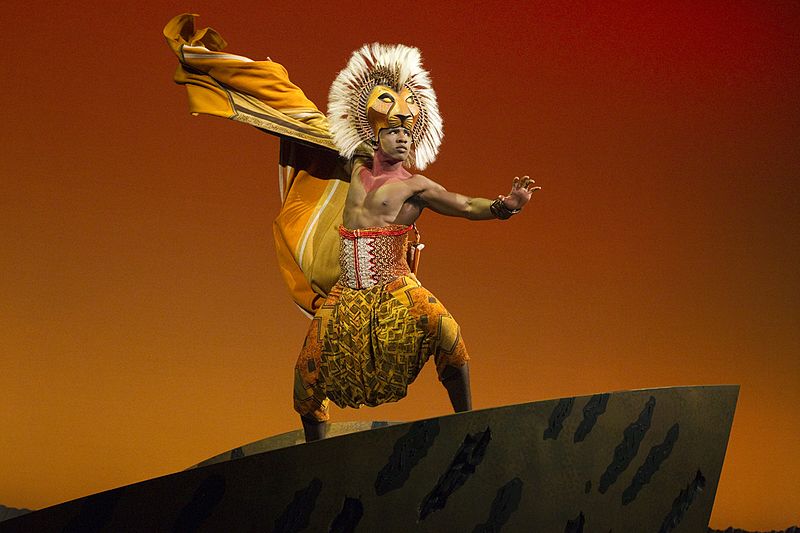 Since the Disney animated film debut in 1997, “The Lion King” franchise has grown to over 24 on-stage productions worldwide, grossing almost $9 billion and being experienced by over 100 million audience members. Today, the KwaMashu Community Advancement Projects (K-CAP) has provided support to young South African artists and helped them make their way to global stages in productions of “The Lion King.”

About “The Lion King”

Having won six Tony Awards, including for best musical, many have hailed “The Lion King” as one of the most daring and impressive musicals of all time. The success of the performance owes to the innovation of director Julie Taymor, whose experimental theatre and puppeteering experience brought the story to life through signature costume designs. All the characters of the story are animals, which headdresses, masks and puppetry represent. However, the actors are just as visible to the audience as their animal costuming with the “duality” of the characters foregrounding the talent of the actors, who are the heart of the show.

The acclaim of The Lion King also lies in its soundtrack, which the South African choral style inspired. When casting for the musical, Taymor and her producers wanted to retain the inspiration by returning to its source; in most productions of “The Lion King,” at least eight cast members are South African. In South Africa, one of “The Lion King’s” casting partners is Edmund Mhlongo, who shared in a recent interview with The Borgen Project that for South African performers, “It’s job creation for them that is permanent. As long as they are alive and healthy, they are employed by The Lion King.”

Edmund Mhlongo is the Artistic Director and founder of KwaMashu Community Advancement Projects (K-CAP), a nonprofit organization that aims to use the creative arts as a tool for youth empowerment, sustainable employment opportunity and community development. Founded in 1993, K-CAP centers around KwaMashu, a township 20 kilometers from the eastern seacoast that has historically experienced high crime and poverty rates. Mhlongo explained his focus on the youth of the community saying that, “I realized that most people who are involved in crime are youth. The majority of youth are very talented, and if you don’t keep them busy with something positive, they end up using that energy negatively.”

In 2003, Mholongo opened his own education center with K-CAP, the Ekhaya Multi Arts Center (K-CAP EMAC) to support young South African artists. Auditions for the school occur annually to find the most talented of the local youth, and since its founding, the center has expanded to cultivate 156 primary and secondary students, 32 of whom are full-time residents. While a full-time program director, Mhlongo himself also teaches script writing, directing and acting courses. Meanwhile, other teachers develop students’ dancing, music, drama, film or visual arts skills. Mhlongo expressed, “They are very creative. Each day I learn a lot from them. I enjoy arts education, especially for kids, I wish every school could have an arts education.”

K-CAP has prepared its students for employment in entertainment outlets such as music recording and South African TV. In fact, 23 of its alumni have gone on to perform for “The Lion King” at different international venues, including the Broadway stage in New York City.

While training students for professional artistic careers, K-CAP EMAC also hosts annual festivals that celebrate different aspects of performance and South African culture. For example, in April, the organization hosts a Freedom Month festival, commemorating the liberation of South Africa by Nelson Mandela and the birth of constitutional democracy in 1994. In December, the annual programs conclude with K-CAP’s African Film Festival, a whole week of films that concludes with a weekend of workshops that South African artistic celebrities lead.

These festivals and partnerships serve to both inspire and enrich youth’s understanding of their craft and culture, as Mhlongo detailed, “I view arts as development and a basis of life, it starts with culture. I regard a person who doesn’t know his or her own culture like a tree without roots. For me, culture is the starting point, then arts. Arts makes you connect with the world. It speaks all languages. It has no boundaries. And during these times, I have seen arts comforting people when they are in bad situations. Arts is a critical component of society. That’s why we have TVs. People, when they’re stressed, they go and watch TV, and that is art. Or they listen to music, and that is art. Art is part of life, a way of life. The most active communities in arts are the communities with less social problems.”

Mhlongo also sits on the National Arts Council Board of South Africa, where he acts as a development counsel and lobbies to ensure that the arts have the necessary funds and resources to continue supporting developing young artists or create the dance studios, recording studio and computer lab at K-CAP EMAC. Adjusting artistic programs to virtual platforms has been especially important during the COVID-19 pandemic, as Mhlongo shared, “We’ve learned a lot through the pandemic. We never saw technology as a part of arts. But now we’ve learned. We know that technology is important, it can be easy for us to use in the arts, which opens the world for us because they can be accessible, even internationally.”

As K-CAP continues to grow in popularity and impact by helping young South African artists, Mhlongo envisions greater global opportunities for his students. He explained that “My biggest dream is that these kids can maybe annually go international. I’ve seen the kids I have taken overseas. When they come back, they come back different people. They change. They see the world differently. They learn to admire their own country, their own world, in a different way.” For these young artists, a global and artistic education prepares them for a world of creative opportunities.