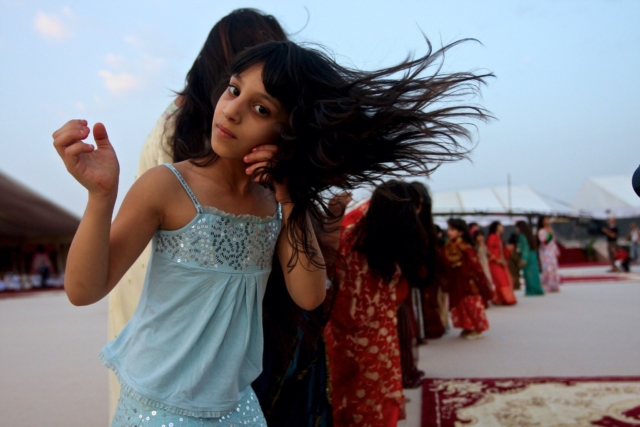 Kuwait is the fifth-wealthiest Arab country. Its capital, Kuwait City, has a jagged skyline of soaring high-rises and luxurious residential areas. Within its $110.35 billion GDP per capita society and prosperous façade, however, there exists an underworld of poverty, struggle and human trafficking in Kuwait.

The Vulnerabilities of Workers

Up to 90% of all Kuwaiti households employ a domestic worker. Many of them are migrants who are processed in agencies through the kafala or “sponsorship” system. The kafala system makes domestic workers more vulnerable to human trafficking in Kuwait, as, at times, employers choose to exclude agencies and sell workers among themselves. The employers advertise on common social media and online platforms like Instagram, Twitter, Facebook, WhatsApp and Haraj.

Abunda and Neri emphasize that one of the main obstacles for both migrant workers and Sandigan Kuwait is the normalcy of human trafficking in Kuwaiti society. Some employers believe that because they pay an agency for a domestic worker, they own that person.

It is common for employers in Kuwait to confiscate their domestic workers’ passports and deny them the ability to leave the house unaccompanied. Employers also prevent workers from contacting their families and subject them to physical and verbal abuse. Workers are also denied days off and are grossly underpaid. Furthermore, sometimes workers are not paid at all. All of this is illegal under Ministerial Decree No. 68 of 2015 Regarding Domestic Workers, but the country rarely enforces the law.

Abunda and Neri told The Borgen Project that the Kuwaiti government provides citizens with food, water, medicine and thousands of Kuwaiti dinars for seemingly every major life event on a monthly basis. Though employers are to allocate a portion of those provisions to their workers, many never give it to them. Despite blatant evidence that poverty exists in Kuwait among migrant workers, the reported rate is 0%.

Sandigan Kuwait fights for migrant workers’ rights through assessment of cases against their exploitative employers as well as through counseling programs to help them heal. “Most of them are victims of human trafficking and human smuggling. So they are already victims before even coming here in Kuwait,” Abunda said, speaking about African migrants in particular.

The COVID-19 pandemic has posed an added strain on any possible progress in gaining rights for migrant workers. In March 2020, Kuwait’s Ministry of Interior instituted the “Leave Safely” amnesty campaign. Though he intended it to be corrective, the campaign exacerbated aspects of the crisis and made things more difficult for Sandigan Kuwait.

“How can you have an amnesty during a lockdown? During a pandemic? And it was very chaotic,” said Abunda. Neri agreed, explaining that migrants had to leave Kuwait within a month yet airports remained closed. The mad rush of people prevented the Kuwaiti government and Sandigan Kuwait from identifying potential human trafficking or unpaid salary cases before the workers left the country.

Sandigan Kuwait volunteers worked tirelessly to help migrant workers at the height of the pandemic. They distributed 25,000 food bags to those in need during Kuwait’s lockdown period in 2020. The organization’s other accomplishments include rescuing 65 Filipinos from sex trafficking in 2016.

It was also one of the first organizations in the Middle East to celebrate International Domestic Workers Day. Around that time, the organization was able to give awards to employers who have treated migrant workers well. The situation has slowly improved over the years. The U.S. Department of State classified Kuwait as a Tier 2 country in the 2019 “Trafficking in Persons Report” and the country has since maintained its position by gradually implementing suggestions.

Initiatives to Combat Trafficking and Exploitation

The Kuwaiti government has made some advancements in protecting migrants’ rights. It passed a decree against human trafficking in Kuwait in 2013 and the domestic workers’ law in 2015. The Permanent National Committee for the Implementation of the National Strategy for the Prevention of Trafficking emerged in 2018.

In January 2021, Kuwait’s Public Authority for Manpower (PAM) launched a collaborative program with two international organizations and the Supreme Council for Planning and Development. Called Tamkeen, the program aims to digitize PAM’s labor files so as to make them more easily trackable and eliminate loopholes in the records that previously enabled employers to circumvent the labor law. With continued governmental, organizational and international support, the frequency of human trafficking in Kuwait is likely to lessen in the coming years.

Abunda and Neri have large-scale aspirations for Sandigan Kuwait’s future projects. These details, however, are not publicized for the safety of both the organization and the people it helps. Through the commitment of Sandigan Kuwait, hope is on the horizon as the rights of vulnerable people are protected and human trafficking in Kuwait is reduced.