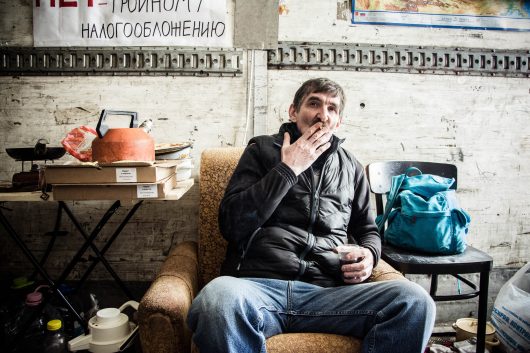 The Russian economy has taken more than its fair share of hits in recent years, with poverty in Russia affecting nearly 20 million Russian citizens.

The stagnation of Russia’s economy has its roots in the low oil prices in recent years, as well as sanctions imposed by the West. Russia produces the most crude oil in the world, and energy is by far Russia’s largest market. However, oil prices have dropped heavily since 2014, from around $100 per barrel to $50.

The effect on the Russian economy has been severe: the economy shrank 3.7 percent in 2015. The economic tightening has increased the inflation rate to 12.9 percent, reducing the purchasing power of Russian companies. This makes it significantly more difficult for other markets to fill the gap the declining oil industry has left.

The inflation rate also adds to the burdens of the working class, with rubles buying less nowadays than just a few years ago.

According to one Russian woman, “When you get home and unpack your shopping bag, you realize you have barely bought anything.”

Poverty in Russia is not located in large cities like Moscow and Saint Petersburg. The majority of Russia’s poor live in small, single-industry towns with declining populations.

The Kremlin itself, not exempt from the economic downturn, is currently operating at a severe budget deficit. This deficit makes it difficult for the Russian government to offer anything but lip service to the populace in regards to the decline.

Nonetheless, President Vladimir Putin’s approval ratings remain at an incredibly high 83 percent. Many Russians are faithful to Putin; when he took office in 2000, poverty was at a dangerously low 29 percent.

Furthermore, despite Russia’s current economic troubles, the country has seen significant economic improvement in the past 15 years.

Prior to 2014, Russia’s poverty rate had been dropping several percentage points every year since 2004. In addition, its GDP growth rate was on par with India until 2009.

Perhaps most encouraging is that despite the recession, Russia’s unemployment rate remains at a mere 6 percent. The low unemployment rate suggests that if oil prices stabilize, poverty in Russia will see a rapid decline.