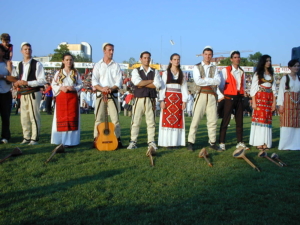 Human trafficking in Kosovo has been a focal point of the fight against human trafficking. The main victims within the nation are young girls who traffickers force to work in the sex trade. While this problem still persists, the government is making active efforts to lessen the prevalence of the issue.

The Causes of Kosovo’s Trafficking Epidemic

Ethnic tensions between Serbians and Albanians residing in Kosovo have worked to increase human trafficking in the nation. Speculations determined that peace-keeping forces placed in Kosovo to prevent the two groups from clashing led to a large demand for sex workers. Trafficking rose to meet the demand. Before Kosovo’s official declaration of independence in 2008, young girls, who were trafficking victims, came from neighboring countries. However, independence meant more secure borders. As a result, the traffickers looked inward, targeting young Kosovan girls.

Human trafficking in Kosovo is undoubtedly a profitable business. It is estimated that a female forced into sexual exploitation in Western Europe can create around $67,200 in profit for her captors. Such a profitable industry is not one that many criminals or corrupt officials can ignore. GlobalPost found that Kosovan government officials were profiting from or taking part in the sexual aspect of trafficking in the past, but they never faced any charges.

According to the U.S. Department of State, Kosovo qualifies as a Tier 2 country, meaning that while it does not meet every standard set for eliminating human trafficking, it is making a solid effort. These efforts include implementing new standard operating procedures, meant to increase prosecution efficiency. The government of Kosovo also dedicated more funds and resources to helping victims of human trafficking. A big part of this was the opening of state-run shelters for these victims.

These new measures are a massive improvement from a government that GlobalPost said is profiting off of the human trafficking industry in the nation. However, the problem is far from disappearing. Despite the high rates of human trafficking in Kosovo, very few traffickers face convictions. Kosovo’s Criminal Code sentences convicted traffickers to five to 12 years in prison. Of those convicted, most only serve between seven and 18 months, according to ONETrack International.

A report that the Council of Europe’s anti-trafficking group, GRETA, published, outlined improvements that Kosovo could make to lessen the prevalence of human trafficking in the nation. GRETA stresses the importance of ensuring the prioritization of trafficking cases in Kosovo’s judicial system. As well as this, GRETA emphasizes identifying victims of human trafficking, specifically child trafficking. A large portion of the trafficking victims in Kosovo are actually from Albania. Partly because of ethnic tensions, the country often deports these children back to their home country before making proper identification, greatly lessening the chance of catching the perpetrator of the crime.

The U.S. Department of State has also outlined recommendations to reduce human trafficking in Kosovo. It again emphasized prosecution and sentencing, with higher conviction rates and longer sentences as key points of discussion. Another measure Kosovo should take into account is the training of judiciary officials in each region so they can properly manage cases of human trafficking. It is unclear if Kosovo plans to implement any of these recommendations, but given the recent successes of the victim shelters and regionally assigned officials, some optimism remains.