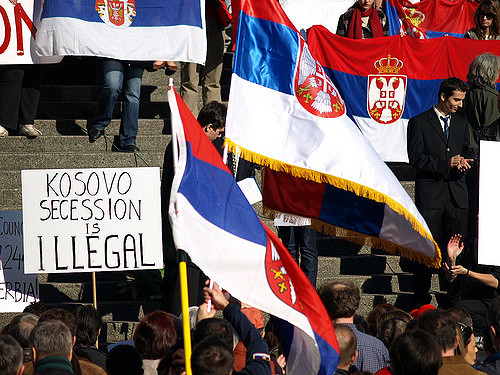 Kosovo was once a province of Serbia, where  Serbians discriminated against and excluded Kosovars of ethnic Albanian origin all throughout the late 20th century. Excluded from education and administrative systems, Kosovars fought long and hard for their independence.

After more than 800,000 Kosovars were forced to find refuge in neighboring countries from 1989 to 1999, NATO militarily intervened against the Yugoslavia and Serbia joint forces. After three months of NATO airstrikes, Yugoslav and Serbian forces withdrew from Kosovo and the U.N. was authorized to facilitate a political process to determine the future of Kosovo’s status.

However, ten years on the relationship between Kosovo and Serbia is still relatively unstable. Recent talks between the two nations have been facilitated in the hopes of coming to a peaceful resolution. Below are five facts on Kosovo-Serbia relations today.

Since the end of the war, Kosovo-Serbia relations have been fraught with disagreements and tensions. However, things are looking up and future relations between Kosovo and Serbia seem to be more cooperative and peaceful.

Hopefully, there will be a full recognition of Kosovo’s independence followed by both its and Serbia’s admission to the European Union in the near future. The relationship between these two countries should be a fruitful and peaceful one, but acceptance and cooperation must come from both sides to ensure their peaceful coexistence.