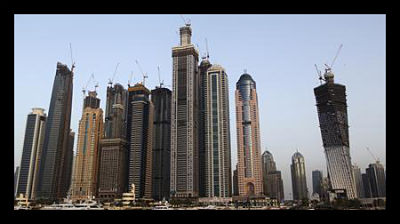 Popular visions of an agriculturally-centered and unmodernized Africa may now be a thing of the past. In recent years, international property developers and real estate moguls have shown interest in developing sizable urbanized settlements and satellite cities in African nations creating a possible high-rise Africa. These plans would include skyscrapers and boardwalks — the common American “white-picket-fence” ideal transplanted into major African metropolises.

However, many experts on city planning are critical of these planned satellite cities, which would largely be built near already established metropolises. Vanessa Watson, a professor of city planning, dismisses urban projects like Konza Techno City in Kenya and Eko Atlantic in Nigeria as “urban fantasies.” Critics cite the example of Kilamba, an urban project in Angola that is similar to those currently being developed in other African nations, which became a “ghost town” due to the unsustainable nature of the project. The town simply failed to deliver on its promise of affordable housing.

In spite of the fears that these urban developments would geographically widen the gap between the rich elite and the poor masses in Africa, many of the projects are well underway. Alfred Mutua, the governor of the county in which Konza City will be built, stated that he “doesn’t want bad politics to slow down this project and we are not going to allow people with vested interests to undermine the construction of Konza”. 1.3 billion Kenyan shillings have already been allocated for the development of Konza this year, which is seen as the flagship of the country’s beloved development program called “Kenya Vision 2030”.

Although the developers of projects like Konza are patiently aware of the criticism launched against their programs, they are steadfast in their belief that the satellite cities will only be a boon to Africa. Marketed as the “Silicon Savannah,” Konza is adamantly described as a “sustainable, world-class technology hub and a major economic driver for the nation” on the official website.

While many African economies are showing tremendous growth, a new struggle is beginning among African nations to establish technological hubs and assert themselves as leaders in Africa’s emerging technological boom.

Perhaps following Egypt’s lead, Ghana and Kenya have begun constructing entire cities focused on IT research and software development. Ghana plans to create Africa’s largest building, a 75-story tower reaching over 885 feet backed by the telecom group RLG. Some 4,000 miles away, Kenya has invested $14.5 billion to create what it has nicknamed “Africa’s Silicon Savannah.” Konza City will be a tech city focused on software development.

These cities are a great improvement and move toward the direction of developed nations, but the actual number of jobs may be a future problem. Cities like Konza may be new to Africa, but they are common in the developed world and often supported by a network of adjoining developed tech-savvy cities.

However, the unique advantage African based tech communities have is the first-hand access to the emerging markets in Africa. African economies have been growing exponentially and are set to outpace their Asian counterparts in the coming years. Being so closely linked to these markets will allow African tech communities to better assess and meet the needs of the quickly developing markets. While a “Silicon Savannah” may not be the only answer to poverty in Africa, it will definitely help on the road to development.