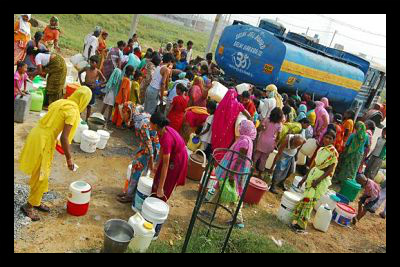 Kiribati has made great strides in combating hunger; however, the growing issue of climate change is drastically affecting food sources and slowing the achievement of hunger reduction goals.

In 2014, Kiribati was one of 13 countries recognized by the Food and Agriculture Organization for their progress in eradicating hunger. Through developing quality food systems, bolstering rural development and income, increasing production, improving food access and reinforcing social protection, the hunger target of halving the number of hungry people was achieved.

Additionally, social protection programs, along with agricultural intervention and development, have provided hunger relief to villages throughout Kiribati.

According to World Bank, Kiribati imports most of its food; however, high food prices have drastically affected hunger and poverty. In 2011, Kiribati received an emergency grant of 2 million dollars to aid with the existing food crisis. In recent years, similar funding projects have helped combat hunger in Kiribati; nonetheless, the issue of hunger as a result of climate change is fluctuating. Without financial support, the cost of food will continue to increase, leaving thousands of people at risk of food insecurity.

However, Kiribati is expected to face a much larger problem than hunger or poverty—climate change. With a total population of 102,400, Kiribati is still viewed as one of the least developed countries in the world. Eroding shorelines and flooding is causing extensive damage to the everyday lives of the people of Kiribati. Roads, utilities, villages and households as well as food and water supplies are being impacted. There has been and continues to be damaged crops and contaminated fresh water due to excessive salt-water. A consequence of the climate change is that it leads to serious food and water deficits, and thus increasing hunger in Kiribati.

Additionally, the concentration of resources has shifted from developing economic stability in Kiribati to building sea-walls in an attempt to fight the consequences of climate change.

For example, according to the government of Kiribati, an estimated two billion dollars is needed to protect the inhabited islands of Kiribati from the effects of climate change.

Despite consequences of climate change on hunger and poverty in Kiribati, there is still good news: extensive aid programs are focusing on preserving water and food supplies as well as combating the threat of climate change.

Adaptation programs and rehabilitation projects, including the Rain Water Harvesting Contract—producing reserve fresh water supplies—and global aid of 23 million dollars provided by the European Union are some of the aid being implemented. These government plans and development aids are expected to alleviate hunger and poverty. Furthermore, through the Kiribati Development plan, arrangements are being made to continue enhancing economic growth, securing food and reducing poverty.