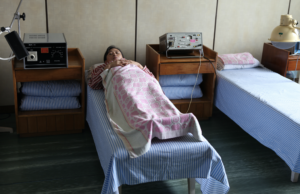 To research healthcare in North Korea is to perform a balancing act with government information, witness testimonies and internationally funded research. While the North Korean government provides free healthcare under the socialist government that Kim Il Sung implemented, famine, lack of resources and lack of education make this socialist paradise seem like a distant dream to most North Koreans.

According to multiple North Korean refugees, the free healthcare policy applies only to the uppermost classes living in Pyongyang. These people are the ones that the Kim dynasty hand-picked as its favorites. These citizens come from long lineages of people devoted to the socialist regime, and as a reward, they receive the benefit of free healthcare. The majority of North Korean citizens, however, have to pay not only for medical procedures but also have to supply medical instruments and medications needed for most procedures. Most hospitals have no heating or electricity.

Although other countries and international organizations provide aid to North Korea, much of the medical supplies they provide end up in the hands of merchants who sell them for inflated prices. Many North Koreans bypass hospitals altogether and instead buy medical advice from street vendors in the markets. For many, this is often cheaper and safer than going to a hospital.

Because state-run hospitals are so expensive and unreliable, many North Koreans turn to doctors and surgeons who practice illegally and discreetly in their own homes. These doctors provide resources, expertise and convenience not found in government hospitals.

The state of free healthcare in North Korea took a heavy blow when famines ravaged the country throughout the 1990s. Since then, the country has become increasingly accepting of international aid and advice. Officials in the Ministry of Public Health and at Kim Il Sung University are beginning to admit the country’s health challenges to the outside world. A study that the United Nations conducted in 2019 estimated that over 43% of North Koreans suffer from malnourishment. Another study that North Korea’s Ministry of Public Health conducted showed that the prevalence of tuberculosis has been increasing for the past 25 years. In 2016, estimates determined that 640 per 100,000 people suffer from tuberculosis. Luckily, some nonprofits are attempting to improve healthcare in North Korea. Here are three organizations working to provide sustainable medical aid and healthcare to North Korea.

Healthcare in North Korea is far from being free and accessible to everyone. However, by being open with the outside world about the dire nature of their health challenges and allowing international aid, North Korea has taken the first few steps to create a brighter future for the health of its people. 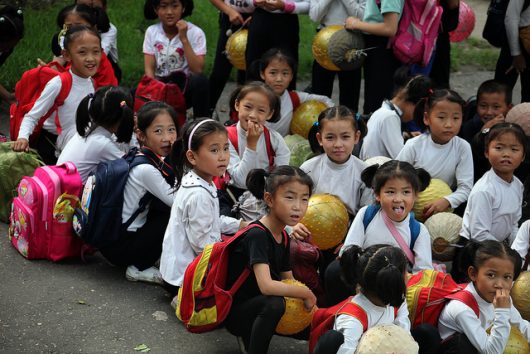 Many facets of life in North Korea are kept secret from the world. The business conducted in the nation is very classified, but what about its school systems? How are the youth of North Korea educated?

Education in North Korea is based on socialistic ideals and an efficiency-oriented school system with emphasis on Korean language, mathematics, literature, and the Kims.

Features of the system include 11 free years of education for children from the age of five through 15, no private schools and tight administrative control over the schools by the state administrative system.

Students are given a political education in the “Juche Doctrine” which outlines the Kim Il-sung ideology and revolutionary strategies, illustrating the importance and necessity of collectivistic activities in their nation. Putting these theories into practice are the basis of the North Korean school system.

Not to mention the leader of the communist nation, Kim Jong-un, forces his people to understand the importance of his family. According to a study by the  Korea Institute for Curriculum Evaluation, students learn more about the Kims and their history than any other subject.

Each North Korean student is required to learn about the lives of Kim, his late father Kim Jong-il, his grandfather Kim Il-sung and grandmother Kim Jong-suk for at least 684 hours during the curriculum. Jong-il and Il-sung lessons are roughly 171 hours each, while Jung-suk lessons are only 34 hours.

Why is the combination of Kim’s history and the three bases used? Simple — to help North Korea maintain its oppressive power.

Students as young as four years old are taught about the greatness of the communist ideology and their leaders, past and present, shaping their minds to believe in the North Korean way. There is an emphasis on math in order to help create future technicians, scientists and workers that the government can rely on to help achieve the nation’s goals.

Children are supposed to learn phrases like “Long live Great Leader Generalissimo Kim Il-sung” before “Hello, how are you.”

Uniformity is the most common characteristic among schools in North Korea, comparable to the government. Rather than living up to needs of the youth, education in North Korea more closely relates to the political system. Diversity and creativity in North Korean schools are rarely nurtured.

Overall, instead of producing creative and unique individuals, education in North Korea is based on producing more followers and worshippers of the North Korean regime.