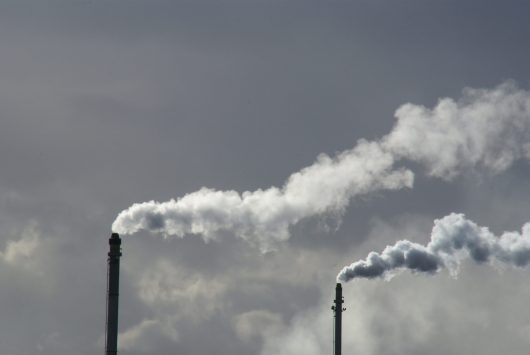 This month in Kigali, Rwanda, nearly 200 nations agreed to a new deal to reduce the emissions of greenhouse gases, specifically hydrofluorocarbons (HFCs). The parameters of the deal have the potential to guide countries to preventing up to 0.5 degrees Celsius of global warming by the year 2100 and outline a global commitment to cutting HFCs.

HFCs were first used in the 1980s as a replacement for other ozone exhausting gasses. Over time, however, the danger of these gasses has grown. HFCs are used in appliances like refrigerators and air conditioners, and sales among these types of products have soared in growing economies like China and India.

HFC gasses are critically dangerous to the global environment and as a greenhouse gas can be up to 10,000 times more powerful than carbon dioxide. If the deadlines in the plan are followed, the deal is expected to reduce the use HFCs by 85 percent by 2045.

The Kigali Amendment was made as an addition to the Montreal Protocol, which came into effect in 1989 and aims at reducing the production and consumption of detrimental substances to the earth’s ozone layer.

A statement on the Kigali Amendment from the White House said, “While diplomacy is never easy, we can work together to leave our children a planet that is safer, more prosperous, more secure and free than the one that was left for us.”

The deal includes the world’s two largest economies, the U.S. and China, and separates nations into groups with various deadlines for reducing the use of HFC gas. The U.S. and other Western developed countries want quick action in phasing out HFCs while nations such as India will be allowed a bit more time for their economies to grow and industries to adjust to the new requirements.

The U.S. will start taking action by 2019 and more than 100 developing countries, China included, will start to cut back by 2024 when HFC consumption levels are expected to be at their highest.

The deal puts the promises made at the Paris climate change conference last year into effect. In December 2015, 195 countries met in Paris and agreed to the first ever universal and legally binding climate change deal. Now, the Kigali Amendment is holding these countries accountable for their promises.

U.N. Environment Chief Erik Solhiem stated in reference to the Kigali deal, “Last year in Paris, we promised to keep the world safe from the worst effects of climate change. Today, we are following through on that promise.”

This global commitment to cutting HFCs shows dedication and acknowledgment to current issues relating to global warming and climate change. The requirements of the legally binding treaty have the potential to considerably reduce the damaging effects of greenhouse gas emission.