Tag Archive for: Kids for Peace 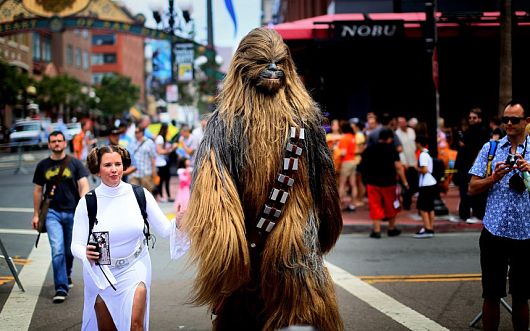 While Comic-Con can be seen by some as only a weekend where nerdy, shut-in individuals gather in flocks for a week of waiting in lines and buying memorabilia from their favorite comic or TV show, it can now also be seen as something greater. More importantly, it can now be seen as an opportunity for charity.

Geeks for Peace is a fundraising event first created by Morgan Spurlock, best known for his work with the movie Super Size Me, after he was presented with the Peace Hero Award by Kids for Peace in 2013.

The event in question will be “a dynamic evening of music, dancing, live art, silent auction, and organic food and drink,” with all proceeds donated to Kids for Peace in order to expand their programs to undeserved youth in the United States, Pakistan, Iraq, Liberia and Kenya.

These programs include providing school supplies, uniforms, books and toiletries to children in need, purchasing beds for children in orphanages, and spreading awareness and educating the public about the issues that these children face.

With tickets selling at $250 each, unique artwork on sale, and several popular television personalities in attendance, the event is expected to raise quite a lot of money for Kids for Peace.

The event will take place on July 10th at the San Diego Comic-Con and will be attended by many popular individuals such as Giancarlo Esposito from Breaking Bad, Frances Fisher, Greg Grunberg from Heroes, Scott Grimes from American Dad and Justified, Efren Ramirez from Napoleon Dynamite, Eddie Matos from Finding Carter and Adrian Pasadar from Heroes and Agents of Shield.

It is admirable to see all of these individuals take time out of their busy schedules to come together for an evening that is for a good cause and will surely make a difference in a child’s life.

Sources: Look To the Stars, Geeks For Peace, An Englishman In San Diego, Kids For Peace Global
Photo: Highlight Hollywood