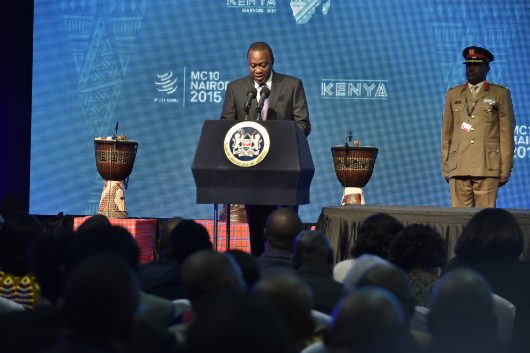 The president of Kenya, Uhuru Kenyatta, launched a new HIV-related stigma campaign at State House, in Nairobi, in order to raise awareness and mobilize young people to be HIV tested, treated and cared for in case of a positive diagnosis.

HIV is considered to be the most crucial and severe health threat dominating people in Kenya. Specifically, it is estimated that during 2015, there have been 35,776 HIV infections and 3,853 deaths among young people aged 15 to 24.

Stigma that is related to HIV remains one of the most vital barriers and concerns for young people who are diagnosed. The HIV-related stigma campaign is a collaboration among the Football Kenya Federation, the government, the U.N., the civil society and finally the Kuza Biashara, a company that focuses on innovative digital technology.

The campaign’s strategy focuses on developing 1,426 football matches in which young people participate from 47 countries and 200,000 people will be worldwide reached every week. By the end of the program, on Dec. 1, the Maisha County League Awards will arise in which both regional and international football winners will be announced by Kenya’s president as part of a celebration of the World AIDS Day.