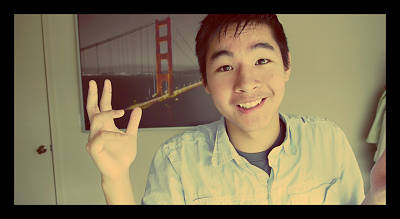 It started with a few funny homemade videos posted onto YouTube by a teenager in high school. However, overnight, YouTuber Kevin Wu’s videos shot up half a million views. From then, Wu, known by his YouTube name Kevjumba, would become one of YouTube’s leading cyber-celebrities. His comedy videos gathered millions of views. Today, 4 million people are subscribed to Kevjumba’s channel. His subscribers are roughly equal to the population of New Zealand.

Despite enormous success and fame, Wu has been using his influence for helping those in need, namely by helping to build a school in Kenya. Wu’s involvement in school’s construction began when a The Supply, a non-profit organization, posted a video of students in Nairobi challenging Kevjumba to teach one of their classes. Wu then received a flood of tweets urging him to go to Kenya. Soon enough, this American YouTube star was on his way to Africa.

According to Wu, his trip to Nairobi was life-changing because he learned from The Supply about the 1 billion people living in slums today and witnessed children living in the slums around Nairobi. Wu decided that he would partner with The Supply and commit to aiding the friends he made in Kenya. Wu had already created a charity YouTube channel called Jumbafund where views were generating ad revenue that Wu would donate to charities. Wu decided that he would direct all the funds from his charity channel to The Supply to help fund education for students in Kenya.

After uploading videos about his experience in Nairobi, which generated over 2 million views, Wu was able begin a project to raise funds for The Supply to build a school in Lenana, Kenya. When Wu turned 21, he and partners launched a campaign to urge people to donate 21 dollars to the construction of the school. With $50,000 raised, funding for the school’s construction is now complete. Kevjumba High School is the first secondary school in Lenana, Kenya. It now serves many of the students that Wu met while visiting Kenya.

Kevjumba has revolutionized  charity by using YouTube as a platform to truly aid those who need it. This is because Kevjumba’s viewers play a key part in generating the funds to build the school. Each click and each view plays a part in sustaining the school and providing opportunities for children in poverty to have an education. Furthermore, Kevjumba’s popular videos encourage viewers to donate directly. Kevjumba proves that with just a viral video and a compelling cause, anybody can make a difference in the world.