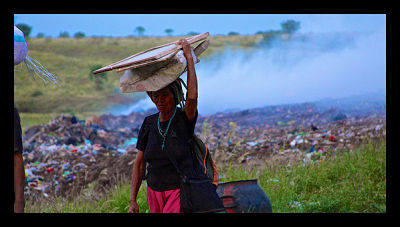 A study by Mount Sinai researchers lead by Kevin Chatham-Stephens, MD, exposes a largely under-reported health threat to people living in India, Indonesia and the Philippines: toxic waste. The result of this waste is the loss of 829,000 years of healthy lives in 2010, when the study was conducted. These numbers are as staggering as good health years lost to malaria and air pollution in the countries studied. In 2010, people prematurely lost 1.45 million healthy years due to air pollution and 725,000 years were lost because of malaria. Given that toxic waste is the third major cause of loss of good health years, it should no longer be overlooked.

The types of toxic waste people living in India, Indonesia and the Philippines are exposed to include lead, asbestos and chromium. Currently, about 8 million people are exposed to these “industrial pollutants,” which means they are highly susceptible to developing cancer, anemia or heart disease.

An even bigger concern is the effect toxic waste has on children and pregnant women, a demographic that makes up two thirds of the studied population. Dr. Chatham-Stephens explains, “If a woman is pregnant, the fetus may be exposed to these toxic chemicals… the prenatal to early childhood period is the time when individuals are very vulnerable to some toxic exposures, such as lead’s impact on the developing nervous system.” This is extremely pressing since a projected 35 million additional people are likely to be affected by toxic waste sites not included in the study.

However, now that policy makers are aware of this research, they will be better prepared to implement solutions. The removal of toxic waste from sites near communities will drastically improve the number of healthy years lived by the population in that area. As other studies have discovered, one of the keys to alleviating poverty is improving quality of life and healthcare. Once developing countries decrease toxic waste, it is likely that human wellbeing will improve and thus effect economic growth.