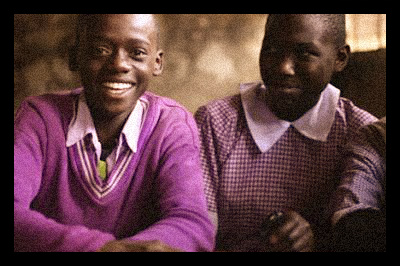 Eneza is the Kiswahili word for “to reach” or “to spread.” The new education platform by the same name acts as a virtual tutor and teacher’s assistant for thousands of students living in rural Kenya.

Eneza’s mission is to reach 50 million children across rural Africa to help them gain access to information, allowing them to reach their full potential through the most common form of technology in Africa: the cell phone.

In its pilot program, students are provided with cell phones in school in order to be exposed to content that is aligned with its local context, ranging from textbook materials to unlimited quizzes and tutorials.

In addition, schools and parents are also given access to data and tips for helping these children, allowing Eneza to serve as a simple platform that still provides the same quality educational materials found in high-tech institutions.

The mobile software has found its way into 5,000 public schools and plans to expand to Ghana and Tanzania in the near future.

This year, Eneza Education was declared a winner of the 2014 ICT Innovation Awards at the Connected Kenya Summit, an event that celebrates Kenyans who have developed ICT solutions that drive economic and social growth.

Economic development and social growth are exactly what Eneza spurs with its SMS-based system that sends practice exams to students who can subscribe for the equivalent of 10 cents per week, narrowing the gap between those who can afford education and those who can’t.

Since its launch two years ago, this tiny Nairobi-based social enterprise has given children living in rural areas who can’t afford extra fees and courses the opportunity to reach high and broaden their knowledge base.

According to its co-founder Kago Kagichiri, the app has already processed more than 34,000 exams in September and holds a record of 2.5 million users. It has also proven to increase results within the country’s educational system.

“We’ve seen—from our impact study in 2012—that students increased five percent in their scores,” Kagichiri said. “We tested it out in 2013, last year, with teachers being the driving ends of the platform and working with students. That improvement went up to 11 percent.”

Eneza Education joins one of the many mobile innovations in Kenya that continue to boost the country’s economy and revolutionize the meaning of mobile education.