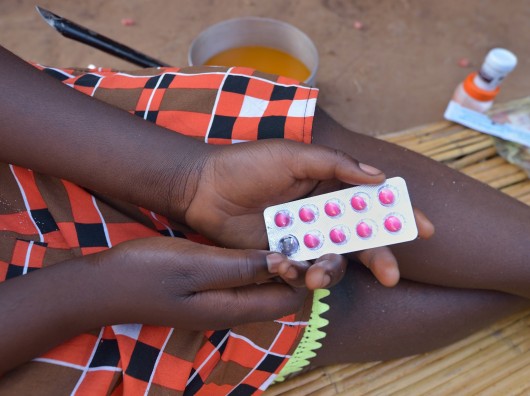 In many developing countries around the world, preventable, life-threatening diseases still ravage communities and affect significant numbers of people.

For countries like Kenya, diseases such as HIV/AIDS take precedence when it comes to allocating annual health budgets due to the vast majority of sufferers. According to the Thomas Reuters Foundation’s calculations, around 60% of Kenya’s annual $1.25 billion health budget goes towards the treatment of HIV/AIDS alone.

Despite generous funding from donors like the United States President’s Emergency Plan for AIDS Relief (PEPFAR) and the fact that HIV prevalence among adults has almost halved to 5.3% since the mid-1990s, HIV/AIDS remains the leading cause of death in Kenya.

With little to no symptoms experienced by HIV/AIDS victims, the progression of this incurable disease remains responsible for every 3 out of 10 deaths in this east African country. The government’s 2014 data reports that 1.6 million Kenyans are infected.

Although an alarming number of Kenyans suffer from HIV/AIDS, the government has recognized a disproportionate amount of aid and energy being focused on this one disease, which unfortunately means that those ailing from other diseases are being ignored.

This unequal distribution of funding and support means the current healthcare system in Kenya is unable to reach those living in slums and arid regions.

Now, Kenyan workers believe that reproductive illnesses should have been addressed alongside HIV/AIDS. Although the past cannot be altered, fortunately, change is in motion for the healthcare system in Kenya, which plans to eventually provide universal health coverage that is high quality and affordable.

“The new U.N. Sustainable Development Goals (SDGs), due to be agreed by world leaders later this month, seek to build on the Millennium Development Goals by reducing maternal mortality and ending the AIDS, tuberculosis and malaria epidemics by 2030,” states an article by the Thomas Reuters Foundation.

To reach these goals, a shift from investing in solely HIV/AIDS treatment must begin in order to benefit and strengthen the health system as a whole.

According to Peter Kimuu, head of the health ministry’s Directorate of Policy, Planning and Health Care Financing, complications such as corruption and inefficiency affect nearly half of Kenya’s health budget.

The World Health Organization (WHO) also estimates that 20% to 40% of global health budgets are wasted, which impacts the level of trust, making donors less likely to support the health sector.

These disparaging numbers reflect the need for leaders to change from a “revenue-agenda” focus to an “efficiency agenda” one.

The Thomas Reuters Foundation states that “Although maternity, under-five and emergency services are nominally free in Kenya, cash-strapped government facilities are overstretched, forcing patients to buy their own medicines.”

Consequently, the behavior of dissatisfied healthcare workers has resulted in the deaths of patients due to ongoing strikes by nurses not receiving their salary pay, which creates an environment of low morale and abuse within hospitals.

This investment would benefit those seeking treatment and encourage better service because government medical centers would be paid by the number of patients treated.

At last, it is only through a shift in focus that the healthcare system can start its transformation, which will further the lives of many and ultimately enable Kenya to achieve the U.N.’s SDGs.