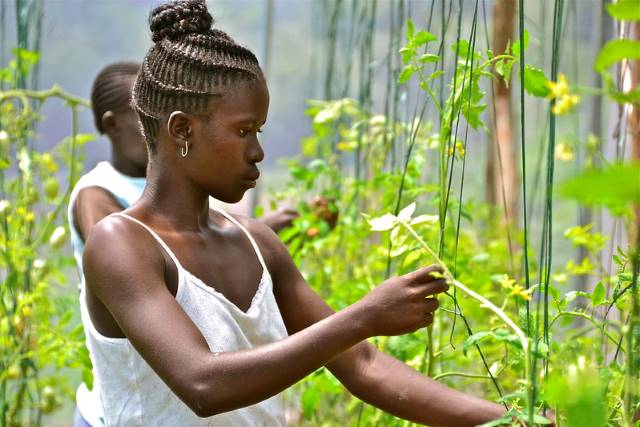 The Kenyan Constitution states that men and women are equal under the law. Despite the new legislation, women in Kenya still face discrimination for exercising their rights to own land with their name on it rather than their husbands’ name.

Property and land rights for women recently expanded in Kenya, particularly for married women, a group denied land ownership in the past. Passed in 2013, the Matrimonial Property Act states that marriage between a man and a woman rests on a foundation of equality. It recognizes spouses as equal property owners and protects women’s rights to land ownership during marriage, divorce and separation.

The Act follows the repeal of previous gender-discriminatory laws, anointing a new progressive path for the country. Before the Act’s enactment, Kenya’s government enforced the Married Women’s Property Act of 1882, a piece of legislation leftover from the era of British colonization, explained Chief Executive Officer of Kenya Land Alliance (KLA) Faith Alubbe in an interview with The Borgen Project. KLA is a non-governmental organization (NGO) that advocates for equal land access in Kenya.

Today, nearly a decade after the Act’s passage, only 10.3% of Kenyan women own land title deeds, according to statistics from KLA. Even with the implementation of this new law, varied customs and traditions that bar women from land ownership exist throughout Kenya’s 47 counties. Without complete and clear access to land titles, the disproportionate impact of homelessness and poverty on Kenyan women could worsen.

“How come women work on land a lot, use the resources, but they never own or control it?” This was the question Alubbe asked herself that propelled her deeper into land advocacy. Alubbe’s work in human rights and land justice in Kenya stretches back to 2006 when she worked for the Kenya Human Rights Commission, an NGO that promotes democratic change, and for the Federation of Women Lawyers (FIDA-K), an NGO that extends free legal representation to women in Kenya.

From KLA’s efforts partnered with its network of 50 organizations, Alubbe informs Kenyan communities about their rights and helps individuals secure proper land title documentation to actualize land justice in Kenya and throughout East Africa. While Alubbe worked for FIDA-K, she was a member of the team that pushed for the passage of the 2013 Matrimonial Property Act.

Despite the Act’s intentions of creating greater land equality, as noted in a report by the Human Rights Watch in coordination with FIDA-K, it falls short of total enforcement. The Act does not recognize couples who are unofficially married although many Kenyan couples are not legally registered in their counties, disbarring them from protection under the law.

Alubbe also believes the act has only been partly successful. Women rarely exit the court system empty-handed, but getting couples to trial, an expensive and often lengthy process, stands in the way of land justice for women. The financial hardships of covering court fees and paying lawyers can be enough to stop a woman from trying her case in the court system.

“With the precedents that are coming out of court, [the Matrimonial Property Act] has not been as successful as we had hoped it to be because [of] gray areas and a lot of discretion,” said Alubbe.

These “gray areas” could pertain to patriarchal traditions, customary laws and alternative justice systems found in countries that govern Kenyan communities, explained Alubbe. Customary laws, laws that oftentimes discriminate against land ownership for women, control more than 65% of the land in Kenya, according to HRW.

Rather than turning to the justice system, married couples in rural areas undergoing divorce will instead meet with community elders and chiefs for an efficient and affordable alternative. But, outside of court systems, customary laws that insist women have no entitlement to matrimonial property prevail, potentially leaving women with only their personal belongings and no roof over their heads.

“Those at the community level prefer [alternative justice systems] because it’s accessible and affordable. Though it can be very patriarchal, and since it’s not very regulated, it might also defeat justice,” said Alubbe.

According to customary laws in the Kilifi and Kakamega Kenyan counties, land titles are attributed solely to a woman’s husband or owned by his family. Any acquisitions or improvements to a couple’s property, regardless if they are made by the wife, do not belong to her. Although 96% of rural Kenyan women are responsible for farming, Oxfam reports, their contributions to the land are theirs only to sow not to reap for personal benefit.

If she can manage the costs, under the Matrimonial Property Act, she must also present proof of monetary or non-monetary contributions to her matrimonial property. But, what classifies as substantial evidence is not clearly outlined under the law, explained HRW. Unpaid care work, labor women are predominantly responsible for, can make or break a woman’s case, but it is also dependent on the judge’s interpretation of proof.

Due to ambiguities in legislation and customs that trump a woman’s ownership of land, less than 2% of land in Kenya is owned by women. These gaps in land title enforcement fail to protect women’s rights, intensifying the number of women who face the threat of eviction and poverty.

Separated, divorced and widowed women risk losing their homes to their husbands or their husbands’ families under customary laws. The Kilifi and Kakamega counties, where men are the majority landowners, also possess two of the highest divorce and separation rates in Kenya.

When women in Kenya are disbarred from owning land, which is a significant generator of income, they struggle to access other resources, including credit and agricultural crops. Alubbe adds that without disposable income or secure credit, education for women’s children falls through the cracks and malnutrition becomes a stark reality for families.

“Because land is the primary factor of production in Kenya, without land, then the level of poverty is quite high for women,” said Alubbe. Breaking down poverty by gender, Kenyan women are more likely to fall into poverty than men. For single, divorced and widowed women, this is especially true. Nearly 31% of divorced women fall into poverty while 38% of widowers fall into poverty, according to the World Bank.

Women in Kenya depend on land they can call their own. The law says women can finally own land — a crucial acknowledgment of Kenyan women’s contributions to their communities. This issue of land ownership extends beyond Kenya’s borders, though. According to the World Bank, only 30% of the world’s population has land titles today. Throughout rural sub-Saharan Africa, only 10% of the population has land titles.

Yet, Alubbe is personally working to expand access to land titles. This September, she personally drove herself to Kenya’s counties to train community members and assist with land registration and land rights for women in Kenya. After stopping in Laikipia, she noted that registration was going well and her key focus is for women to be part of the registration process.

“We are very hopeful because more women are gaining more knowledge,” said Alubbe. “Women themselves are being more sensitized and aware that to be involved, [they] should own land.”