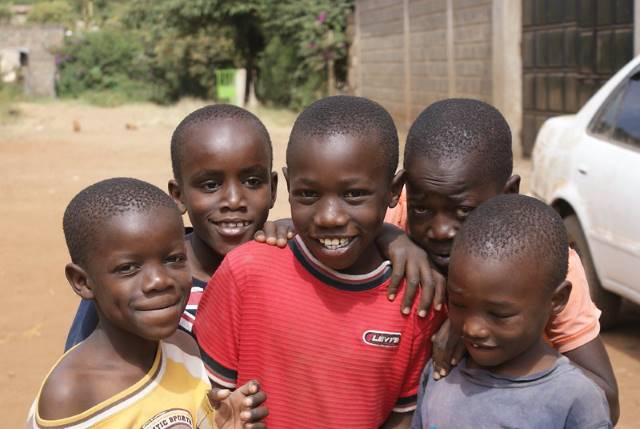 In 2017, Tennessee Titans’ player, Kenny Vaccaro, traveled to Kibera, a division of Kenya, to help build schools. Alongside him was Kansas City Chiefs’ player and friend, Alex Okafor. Together, the two joined the Blessed Hope Project’s mission to make education more readily available to all children in the Kibera slums. Vaccaro’s journey does not stop there, though, as his time in Kibera sparked what is now his personal devotion to creating educational opportunities for African children.

The goal of Hobbs was to build a higher quality school than the one at which he originally volunteered, which had dirt floors, iron walls and limited space. With the help of the money raised by the Kenny Vaccaro Foundation, the team accomplished this goal in January 2019 and built a solid structured, fully serviced primary school that can accommodate over 300 children. Not only does the Blessed Hope Project team plan to build more schools in Kenya but they have also placed 100% sponsorship of all students and a sports academy on the agenda as well.

Atieno recognized that many children from the slums of Kibera were staying at home during the day, sometimes by themselves, rather than attending school. This is not uncommon as Africa has the highest rates of marginalized education in the world. On top of that, Kibera is the largest slum in Africa. Not only are many children excluded from school but their families are living on less than $1 a day. For some children, going to school is how they are ensured a meal for the day. Kibera also faces high unemployment rates.

How Can Education Reduce Poverty?

Increasing high-quality educational access in Kibera can aid in all of the aforementioned issues by providing children with social interaction, food and the teaching of crucial skills for their futures. Specifically for reducing poverty, the United Nations Educational, Scientific and Cultural Organization (UNESCO) released a policy paper that outlines how the global poverty rate could be cut in half through completion of secondary schooling. As it pertains to the sub-Saharan African and South Asian regions, poverty could be reduced by nearly two-thirds. This prediction comes from UNESCO’s 45-year study on the “average effects of education on growth and poverty reduction in developing countries.”

Humanitarian support like that of the Blessed Hope Project and the Tennessee Titans’ Player, Vaccaro, plays a crucial role in eradicating global poverty as educational opportunities pave the way for families to rise up from poverty all over the world.