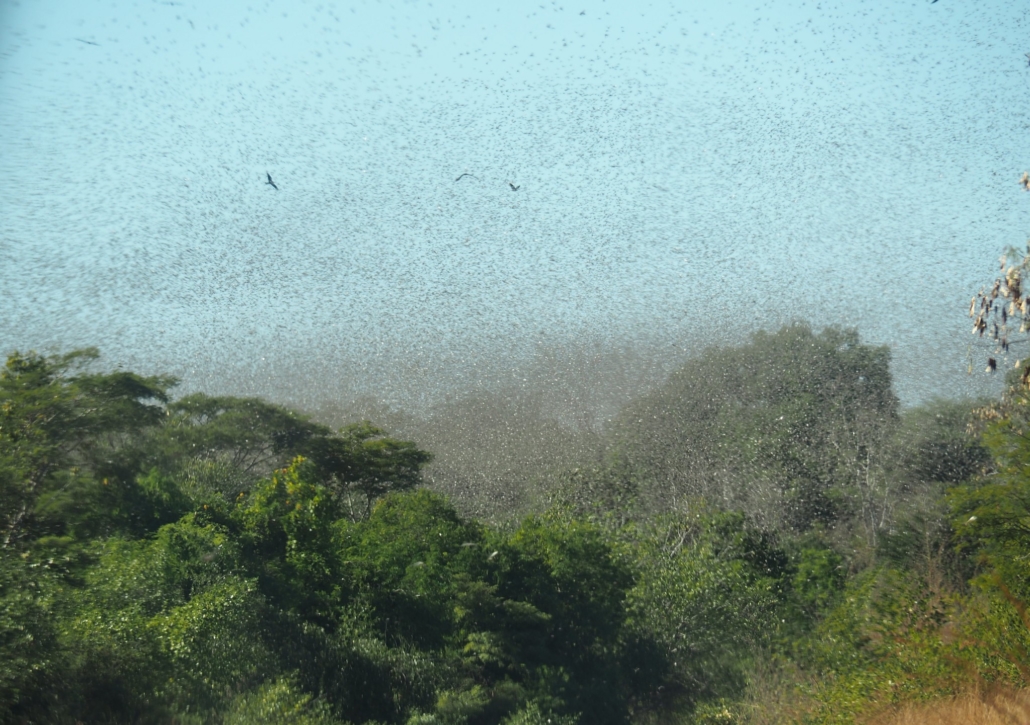 Scientists based in Nairobi, Kenya, with the Intergovernmental Authority on Development Climate Prediction and Applications Center, are successfully combating the worst surge in locusts in 70 years by predicting the conditions and location of future swarms with a supercomputer. The new technology has shown to predict with 90 percent accuracy so far and has saved food crops in Uganda. The scientists’ hope is that a supercomputer in East Africa will protect crops from locusts for other countries as well. Locusts are large, tropical grasshoppers. They threaten the food security of many East African countries such as Uganda, Somalia, Ethiopia and Kenya.

Since biblical times, locusts have plagued the MENA region (Middle East, North Africa, Afghanistan and Pakistan). Locusts eat and destroy vital crops. The traditional spraying of pesticides has controlled the spread of locusts. However, between shortages in pesticides, armed conflicts and climate change, locusts have made a startling resurgence.

In addition to the shortage of pesticides, countries like Kenya lack expertise in controlling the threat to their food supply. Ethiopia is facing the same threat and does not have enough planes to spray its fields. The country needs planes to spray in hard-to-reach areas where workers cannot exterminate. Meanwhile, civil wars in Yemen and Somalia prevent any coordinated response to the surge of the plant-devouring bug. Furthermore, exterminators in those countries have no guaranteed safety in times of war.

Some have blamed the rise of locusts in the region primarily on the extended rainy season and warming seas that have accelerated egg hatching, with strong cyclones spreading the insect farther. According to The United Nations Food and Agriculture Organization (UNFAO), people need to address the problem soon. If not, the number of locusts could multiply up to 400 times by June 2020. This could leave approximately 25 million people hungry. The organization warned that the locusts, which have a generation life cycle of three months, have grown 20 times more each new generation.

A Supercomputer in East Africa Can Protect Crops from Locusts

Satellite information scientists, such as Kenneth Mwangi of the Intergovernmental Authority on Development Climate Prediction and Application Center, used a supercomputer model to predict areas of locust breeding that they did not monitor on the ground. The model fills in the information gaps of where new swarms could hatch.

By determining where there may be an upsurge in hoppers, the model is able to target likely areas of breeding for future pesticide spraying. To get to those areas before eggs hatch is crucial in preventing the spread. It also saves money by preventing an uncontrolled swarm. Young locusts or juveniles eat vegetation and reproduce well in 50-70 percent humidity levels and temperatures between 86 F and 104 F.

To date, the supercomputer has predicted where these areas are likely to be with a 90 percent accuracy rate according to the scientists involved.  The Weather and Climate Information Services for Africa Program out of the United Kingdom funds the technology. It uses data such as humidity, soil moisture, wind currents, vegetation cover and temperature to predict where locusts will lay their eggs. The supercomputer then sends the prediction model information to other African countries so they know where to spray. This represents a critical period of time so that the people can begin their cropping season without incident. Major crops in Uganda include cotton, sorghum, millet and maize.

In one instance, the supercomputer warned the Ugandan Government of the likely migration path that locusts would take as they crossed the border from Kenya to Uganda. Then, the government mobilized the army to assist with the spraying efforts and killed millions of locusts and eggs. Uganda has not seen anything like it since the 1960s.

The supercomputer has proven to be an important tool at combating a new (and old) agricultural foe in East Africa. The ability to predict new breeding grounds and swarm migrations in the region has the potential to limit damage. It can also limit the cost of extermination on a grand scale. Uganda is evidence, thus far, of its effectiveness. But the UNFAO warns that if people do not mitigate the crisis soon, the new cropping season will coincide with a booming locusts population that would leave millions without the food on which they depend.