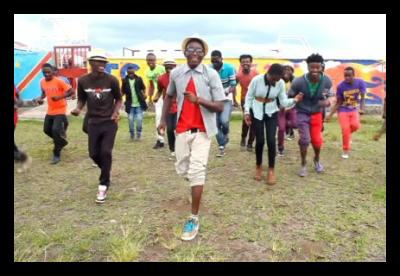 Goma is located on the eastern side of the Democratic Republic of the Congo in Africa. Like many places in the DRC, the town has a reputation for being poor and dangerous. This summer, however, one viral YouTube video presented a different image of Goma and its people.

Pharrell Williams’ song “Happy” has achieved chart-topping success all around the world. Because of its popularity, groups of people have recorded their own homemade music videos for the song. One of the most viewed renditions comes from a group of people in Goma.

Kivu Entertainment Youth put the video together for the group. Their music video showcases the talented locals’ energy and happiness. The colorful portrayal of Goma starkly contrasts the public’s typical view of these people and their region.

Why does Goma carry such negative connotations?

First, the area in which Goma is located is dangerous. The area is often called the “rape capital of the world,” according to Think Africa Press. Armed bandits and rebel groups are serious concerns for those who travel the streets around Goma.

In April 2014, the United States Passport and International Travel’s website issued a statement warning visitors of the DRC to travel around Goma when only absolutely necessary. This statement replaced a similar warning that came out in October 2013.

The new statement addressed current information about the ongoing conflict between the North and South Kivu regions of the DRC. The violent disagreements between the people of these two regions have resulted in civilian casualties and displacement of families. Goma, the provincial capital of North Kivu, is in a constant state of unease due to these fights.

Political unrest also gives Goma its image of danger. Tourists in Goma are warned to refrain from taking pictures of government buildings as doing so may cause the police to place them under arrest.

A failing economy does not help Goma’s image either. Homelessness and extreme measures for survival are common. People are discouraged from driving at night because so many car robberies take place after dark.

Public transportation is hard to find because the town cannot afford to fund it. Much like the rest of the DCR, the roads are unsafe for cars, as well.

Finally, disease gives outsiders reason to fear Goma. An outbreak of measles was recently reported in Goma and has had severe effects on the local community. Other air-borne illnesses cause diarrhea and cholera in those that are not vaccinated.

With all of this information, Goma seems like a horrific place. Kivu Entertainment Youth’s video, however, promotes a different side of the Colognese people. Kelvin Batumike led the project. He told interviewers at Think Africa Press that his goal in creating the video was to bring a new image of Goma to the world.

Batumike wanted to present an area of Goma that holds the Amani Music Festival, a three-day music festival that brings all people of the area together to appreciate and enjoy music. This is a unique phenomenon considering that Goma typically cannot foster group functions without a violent protest erupting.

The attitude of the video is celebratory and makes the viewer appreciate life. Even though the people in Goma usually live in poor and dangerous conditions, they still find ways to be “happy.”