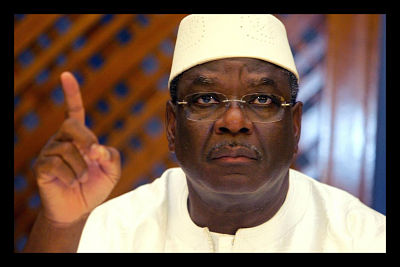 The traditionally conflict-ridden state, Mali, recently elected former Mali Prime Minister Ibrahim Boubacar Keita as president. Keita won in a landslide presidential run-off with 78 percent of the national vote. This election was designed to bring stability back to Mali after a recent coup and Islamist rebel takeover of northern Mali. This election also marks a transition back to democracy after 18 months of crisis.

46 percent of 6.8 million registered voters casted their ballots on August 11, 2013. Soumaila Cisse was one of Keita’s competitors and received only roughly 22 percent of the vote, coming second in the run-off election. With this victory, Keita has been awarded a strong mandate bringing peace to Mali. But in addition to trying to secure a lasting peace with the Tuareg separatist rebels in northern Mali, Keita also needs to address military reforms, widespread corruption, and the economic crisis.

This election holds major implications because it is designed to unlock billions in international aid that have been offered to Mali in good faith. Aid to this country by international donors had been blocked after both the 2012 coup and insurgency by radical Islamist forces sent Mali into turmoil. With this election and revival of democracy in Mali, Keita will have access to over 4 billion dollars in reconstruction aid. Additionally, the United Nations will be deploying 12,600 troops in peacekeeping missions as France withdraws their 3,000 troops. In January, France helped the Mali government fight and repel the Islamist insurgents in Timbuktu, Gao, and Kidal.

Although Keita and the return of democracy are welcomed by many, a significant number of Mali southerners are opposed to funding the northerners as they try to recover from Islamist rebel occupation because they blame the north for the country’s current crisis.

Another divisive problem that exists is the promotion of coup leader Captain Amadou Sanogo to the rank of lieutenant general. Sanogo and his forces have been linked to serious crimes such as attacks and torture of civilians. This promotion has been highly scrutinized by groups such as the Human Rights Watch. This scrutinization is the first step to investigations of Sanogo and his departure from the military.

Regardless of the problems and obstacles ahead, Keita is known to be tough and a blunt speaker, but he has affirmed his commitment to bring peace and security reunite the people of Mali. The hope is now that Keita remains true to the people and does not appoint his political backers as a way to repay favors and fill cabinet position with his cronies.