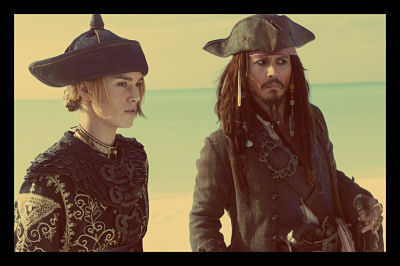 Everyone knows Keira Knightley as the multi-talented British actress who’s been nominated for awards year after year. The twenty-eight year old has already starred in over thirty films in her career since 1995, but what you may not know about this pop culture icon is that she also has a charitable side (having donated to eleven different non-profits) which makes her an asset to any organization.

Listed below are three reasons why Keira Knightley would make a fantastic aide worker.

Knightley keeps up with current events and knows the battles that the underprivileged constantly fight–basic necessities like food, water, medical treatment, and education.

Because she knows the struggles that many individuals face, she knows that people must take a stand in order to make a change. She takes that stand. Knightley has lent her face, name, and finances to eleven charitable organizations including American Humane Association, Amnesty International, Beat, Cancer Research UK, Charity Projects Entertainment Fund, Oxfam, Save the Children, SMA Trust, UNICEF, Variety Club, and Women’s Aid.

Knightley starred in a short film entitled Cut for a Women’s Aid domestic violence campaign in 2009. She also visited Chad in March of 2012 to see UNICEF’s work with the local children there. She recently voiced a radio campaign for Marie Curie Cancer Care’s Great Daffodil Appeal in March of 2013, as well.

Because of Knightley’s political and economic stature in society, people  listen to her. Knightley can give a voice to the silent and inspire others to do the same.

The starlet shows no signs of letting up on charity work anytime soon. She continues her work as a critically acclaimed actress and a global humanitarian simultaneously.