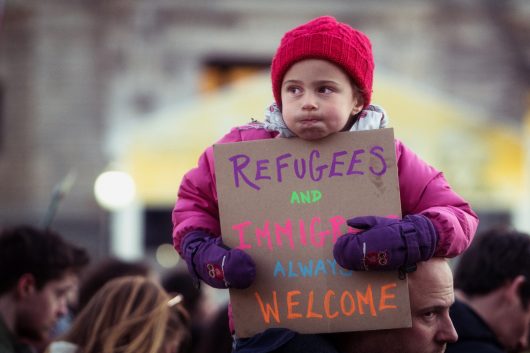 There has been considerable debate regarding the effect of refugees on the economy. Although refugees often do require assistance establishing their lives in new countries, there are countless stories of refugees who have succeeded through determination and innovation.

With a net worth of about $38 billion, Sergey Brin, the Google co-founder, is arguably the greatest refugee success story. Brin’s family fled from Russia to the United States when he was six years old to escape anti-Semitism. Google is now the most popular search engine in the world. In 2015, Google’s search and advertising tools helped generate $165 billion in economic activity; nearly 1.5 million businesses and nonprofits benefit from Google’s ad tools. It is a shining example of the positive effect of refugees on the economy.

Similar to Brin, George Soros endured strong anti-Semitism while growing up in Europe. After the Communist takeover of Hungary, Soros moved to London then eventually to the United States. He is now one of the most successful hedge fund managers, with an estimated net worth of $25 billion. He has leveraged much of that wealth to help refugees and migrants. Last year, he committed to investing $500 million in companies founded by refugees and migrants.

Andrew and Peggy Cherng have likewise channeled some of their success to help the less fortunate. Andrew emigrated from China after the Communist takeover and Peggy is originally from Burma. The couple opened their first restaurant in 1983 and have since grown a fast food empire that generates $2.5 billion in annual sales. In 1999, they established Panda Cares, a charity dedicated to serving disadvantaged children the world over.

Although these individuals may be outliers and more successful than the average refugee, studies indicate that many immigrants share a propensity for entrepreneurship. According to the Kauffman Institute, immigrants are twice as likely to start businesses as native-born Americans. These new businesses can help to provide employment opportunities for both native and foreign-born Americans. Immigrant-owned businesses employ a full ten percent of American workers and generate $775 billion in revenue. With such statistics, there is little question as to whether the effect of refugees on the economy is positive or negative.