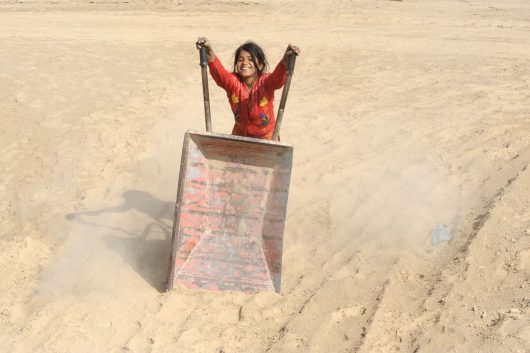 Refugees from Afghanistan have been fleeing to nearby countries since the Soviet War in Afghanistan in the 1980s. Many of these refugees have been unable to return to Afghanistan because of their vulnerability to the security issues that plague the area.

There are many misconceptions surrounding refugees from Afghanistan. Refugees encounter many struggles while fleeing from insecure areas. However, the assistance of NGOs and local communities can ease their worries and help them to acclimate to their new lives or return to their home countries. 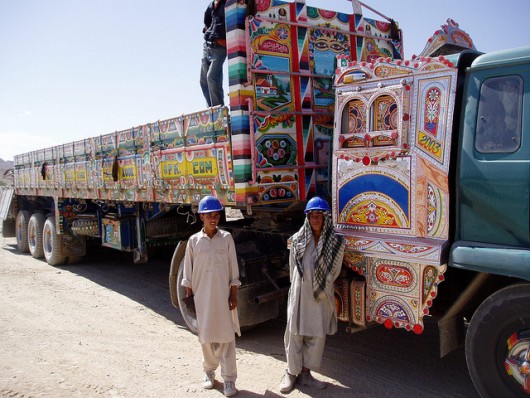 When we think of a “bad road,” often times we conjure an image of driving over narrow, uneven or pot-holed ridden paths, usually in the heart of a city or perhaps out in the middle of nowhere. But what if the main road we traversed in our walk to school every day or commute to work was in a state of even worse condition—unpaved and muddy, invisible beneath a cloud of dust?

For residents living in the Qala-e-Zaman Khan neighborhood in Kabul, traveling on roads which match this description was an everyday occurrence. A five minute walk to school became a 20 minute one, with students changing out of their mud-caked clothing several times a day, while also becoming more susceptible to illness as a result of breathing in the perpetual dust.

Left almost untouched for nearly half a century, the need for infrastructural improvements for roads in the neighborhood of Qala-e-Zaman Khan was dire. Fortunately, with the support of the Kabul Municipal Development Program (KMDP), implemented by the Kabul Municipality, a project to build and pave roads could finally begin.

This program was funded by a grant equaling $110 million from the Afghanistan Reconstruction Trust Fund (ARTF). Established in 2002, the ARTF provides a financial vehicle for the government of Afghanistan’s budget, allowing them to make a significant difference in areas such as education, health, agriculture, rural development, infrastructure and governance.

Aside from improving street conditions, an article from The World Bank states that the KMDP organization has more goals in store.

Since the creation of newly paved roads in this area of Kabul, the quality of living has improved for its people. Shopkeepers have seen their income double now that dust no longer settles on food. Children don’t dread the mud-splattered walks to school, taxi cabs have reduced their fares and those seeking hospitals save time on the newly constructed streets.

The KMDP plans to reach at least 770,000 people with their services throughout the 1,770 hectares of government-owned land. So far, at least 618 hectares have been improved.

The organization has also funded over 310,000 beneficiaries comprising over 100,000 from upgraded roads and more than 210,000 from trunk roads. At least 76,000 indirect beneficiaries have also benefited, including students and staff of schools and institutions of higher education.

With the construction of asphalt roads in neighborhoods that have only known dust and mud-covered paths, residents embrace the positive outcomes that continue to surface with each new step. 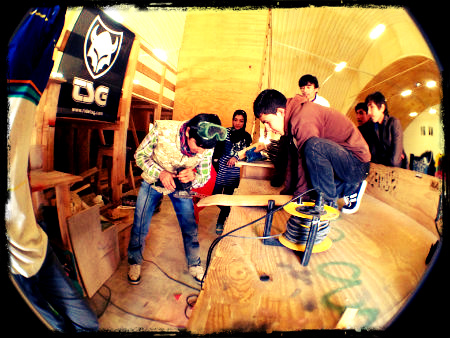 Through the love of skateboarding, an unexpected collaboration between two organizations has brought together a melting pot of activities, cultures and a life-changing experience. It’s been said that the love of a sport can erase all boundaries; a fact that could not be truer for the organization ‘Skateistan’.

Started in 2007 by Australian skateboarder Oliver Percovich, Skateistan has a plain and simple goal: to use skateboarding as a tool to empower girls and working children around the world. They now operate in Pakistan, Cambodia, Kabul and plan to open workspace in a second city in Afghanistan. Making skateboards serves a higher purpose than just a fun activity; it also gives children a creative environment where they can learn about craftsmanship, geometry, teamwork and leadership.

Skateistan provides both skateparks and classrooms. They ensure the safety of all the children and young adults who use and run their facilities, an invaluable gift to those living in tumultuous communities. Through workshops, students learn the basics of building a skateboard. They work together to transform their ideas into a tangible product, showing off their imagination and work ethic.

Recently, Skateistan started a cross-cultural relationship with Native American skateboarders from the Pine Ridge reservation in South Dakota. Through the program “Connecting Dots”, both groups of skaters will design 10 skateboards based on the other group’s culture, symbols, and heritage. The skateboards will be on display throughout America, with Skateistan hoping to secure an exhibit at the National Museum of the American Indian in Washington, D.C.

This is an opportunity not just for the children in Afghanistan to learn about a completely new culture, but to develop important skills such as task delegation, accepting ethnic differences and successfully finishing a project.

So much can be said about organizations such as Skateistan. All it takes is for one passionate person to be able to convince those around him of the impact that they can make in a community in dire need of a powerful force to engage its youth.

There are no formal handshakes or political debates. The matter and means are simple: give children an outlet for creativity and leadership development. Changing their lives at a basic level can have such a strong impact on their individual abilities that in their own right, these children will change their circumstances and “break the cycles of poverty and exclusion” in their communities.