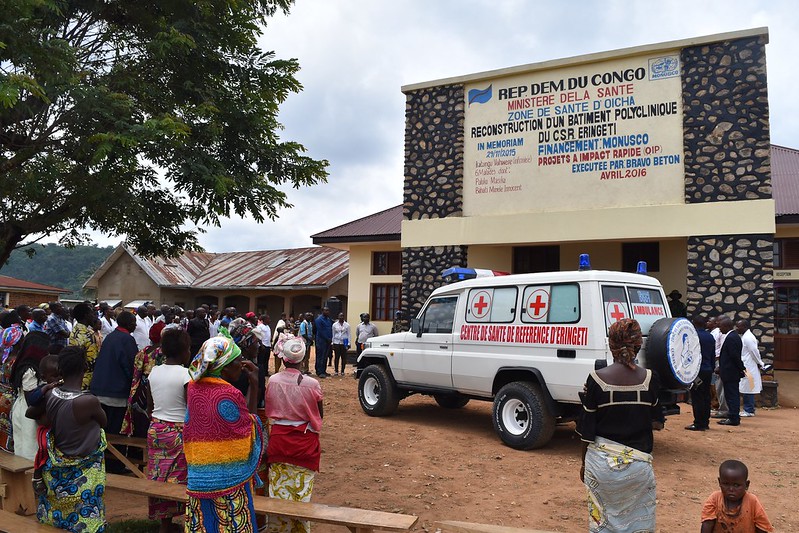 As monkeypox cases continue to come on the radar in the U.S. and Europe, wealthier countries are rolling out vaccines and medications to address the issue, bringing to light the inequities Africa faces in response to the monkeypox outbreak in Africa.

According to the World Health Organization (WHO), monkeypox is a zoonotic disease (transmitted to humans from animals) with symptoms that closely resemble the indications of smallpox, although less severe. The name of the disease, monkeypox, arose “from the initial discovery of the virus in monkeys in a Danish laboratory in 1958.” The first case of monkeypox among humans occurred in the Democratic Republic of the Congo (DRC) in 1970.

Symptoms begin with “fevers, chills, sweats, fatigue and enlarged, tender lymph nodes in the neck and groin.” The next phase involves “a multi-stage rash” that eventually develops into prominent pustules, mostly on an individual’s face, palms and soles of the feet. The disease is generally mild, however, serious illness and mortality can occur.

According to the WHO, the monkeypox virus transmits “from one person to another by close contact with lesions, body fluids, respiratory droplets and contaminated materials such as bedding.”

Monkeypox endemic countries fall within Central and West Africa. The first known group of infections to occur outside of Africa happened in 2003 in the United States. The outbreak began as a result of “imported Gambian rats” transferring the virus to prairie dogs. Humans then acquired these dogs as pets, resulting in the infections of 87 children and adults. There were no fatalities but three children endured severe illness.

Before 2022, the United Kingdom, Israel, Singapore and the U.S. noted several isolated cases from travelers who had visited Nigeria. On May 7, 2022, the U.K. noted a case of monkeypox from a traveler returning from Nigeria. As of June 6, 2022, the U.K. and 29 other non-endemic countries have noted more than 550 cases of monkeypox.

Health care officials in developed regions have access to vaccines and medicine to steady the progression of the monkeypox outbreaks in these areas. This has brought to light the reality that monkeypox treatment has been available for a long time, yet Africa has struggled without resources to combat this virus for decades.

Africa notes “more than 1,400 monkeypox cases and 63 deaths in four countries where the disease is endemic — Cameroon, Central African Republic, Congo and Nigeria.” As wealthier countries roll out vaccines and antivirals, Dr. Adesola Yinka-Ogunleye, leader of Nigeria’s monkeypox working group, said that “there are currently no vaccines or antivirals being used against monkeypox in [Nigeria].” People with potential monkeypox infections enter isolation and authorities monitor their contacts.

Dr. Jimmy Whitworth, a professor of global public health at the London School of Hygiene and Tropical Medicine, acknowledged this inequity, noting “a different attitude to the kinds of resources we deploy depending on where cases are.” He said further that “It exposes a moral failing when those interventions aren’t available for the millions of people in Africa who need them.” The World Health Organization has about 31 million smallpox vaccines that could treat monkeypox, however, it has never dispensed these vaccines to address the monkeypox outbreak in Africa.

Jay Chudi, an expert living in Enugu, Nigeria, an area noting monkeypox cases since 2017, says cases in wealthier countries prompted the world to confront the spread of monkeypox. “We are now seeing it can end once and for all, but because it is no longer just in Africa. Now everybody is worried,” Chudi said.

In 2019, the FDA approved a two-dose vaccine called JYNNEOS to prevent both smallpox and monkeypox in adults. As of June 8, 2022, this vaccine is available in the United Kingdom, United States, Europe, Denmark, Germany, France, Spain, Canada and Nigeria.