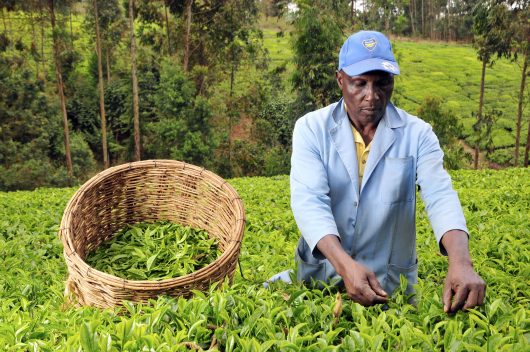 Farmer and philanthropist, Howard Buffet, made it his mission in life to help end global hunger. He was recently interviewed by PBS on his current work in Africa helping farmers to generate sustainable agricultural solutions.

Harvard University professor, Juma Calestous, told PBS news how the willingness Buffet shows to go hands-on and visit the Democratic Republic of Congo has brought him respect across the continent.

“The Democratic Republic of the Congo is an area where not many donors are interested in operating,” Calestous said in a PBS news video. “He’s taking very high risks in going to those areas.”

Howard Buffet said in the video that areas of conflict, such as the Democratic Republic of Congo, are where impoverished people need the most help because they have devastated infrastructure and no governance. However, his other project is taking place in the peaceful nation of Rwanda, focused on training young Rwandan farmers.

“I also think we [the U.S.] have a huge responsibility internationally, because we are a leader,” Buffet said in a PBS news video. “And we need to maintain that leadership.”

Buffet’s work in Africa is critical because although the continent has vast agricultural potential, its per capita food production has drastically declined. The Howard G. Buffet Foundation seeks to invest where others have not and it fills critical gaps that lead to sustainable change.

“We’re not going to end world hunger,” Howard Buffet said in the PBS video. “But, you know, I think every step we can take in that direction is something positive.”