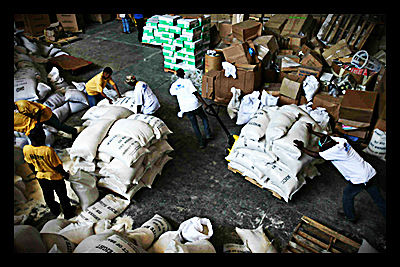 Operation USA is an international relief agency that focuses on working with grass-roots groups to help alleviate the effects of natural and man-made disasters worldwide. The Los Angeles-based group was a co-recipient of the 1997 Nobel Peace Prize for its work on the “International Campaign to Ban Landmines.”

These are ten important facts about it:

Bonus Fact: Julie Andrews is a founding Board Member, and Rosario Dawson also currently serves on the Board of Directors.