Tag Archive for: Judicial Committee of the Privy Council in London 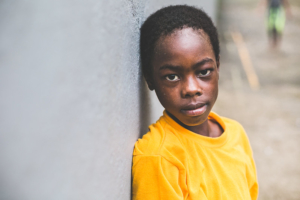 Jamaica had major countrywide riots during the spring of 1999. As a result, a small group of Jamaican citizens made a decision for the good of the country. It needed the presence of an organization dedicated to protecting the rights of every citizen. It also needed a committee dedicated to preserving individual liberties regardless of class, sex or skin color. This group soon emerged as Jamaicans for Justice. Less than two months after its inception, the country recognized it as a legal entity. From the conception of the group, the organization toiled arduously to maintain their principles and to fight for the protection of all Jamaicans.

The Goals of the Group

The goals and values of Jamaicans for Justice appear clearly on their official website. The group prioritizes truth, transparency, honesty and empathy, among other morals. The stated mission expands on each of these as the organization combats political injustice. They fight alongside the large population of the country’s impoverished, a group unable to represent themselves. Jamaicans for Justice also states their vision. The vision is to have a Jamaican society where every citizen holds an equal opportunity to succeed and to meet their potential. In this civilization, the group argues mutual respect and cultural enhancement would reign supreme.

In the eyes of the organization, this change starts with the country’s political management. Jamaicans for Justice is prepared to pressure the government or directly combat it if they see it does not meet the needs of the people. Over the past two decades, they’ve done exactly that.

In one instance last May, JFJ succeeded in filing a legal challenge to the highest national court, the Judicial Committee of the Privy Council in London. This is regarding the promotion of a known human rights violator to a highly senior position. The challenge established that cops must undergo full investigations into misconduct prior to a promotion. In a nation where police allegedly killed 3,000 people between 2000 and 2010, the decision could provide justice for those who need it.

What This Means for Jamaica’s Poor

Nevertheless, Jamaicans for Justice focuses on far more than political issues. When addressing the plethora of problems plaguing the country’s systems, the organization takes a broad approach. Alongside their national legal challenges, they tackle issues regarding education and judicial matters.

Jamaicans for Justice hosts several workshops for Jamaican citizens annually. Each workshop focuses on educating the citizens about human rights economically and socially. In the organization’s view, people are far more inclined to speak out against injustice if they know exactly what to look out for. These workshops educate the most vulnerable about those indicators.

For most Jamaicans, long, drawn-out legal battles can cost families small fortunes. They can also delay the justice and closure they seek. These legal fees can add up in other ways as well. Poor Jamaicans are disadvantaged in judicial affairs despite a progressive government plan to combat this. JFJ offers legal assistance to citizens in need, providing the assistance required by these people. With less injustice to worry about, the one-in-eight Jamaicans living in poverty can utilize opportunities to reach their full potential, just like the goal of JFJ states.

With progress being made since the organization’s inception such as an 8% increase in literacy among Jamaicans 15 or older, the group aims to continue its successes. Following a groundbreaking partnership with UNICEF in mid-2018, Jamaicans for Justice is turning its attention towards the protection of children in state care. It researches thousands of documents pertaining to the well-being of these disadvantaged children. The investments going into JFJ for this project will bring results that flow right back out to the disadvantaged Jamaicans who require them so desperately.