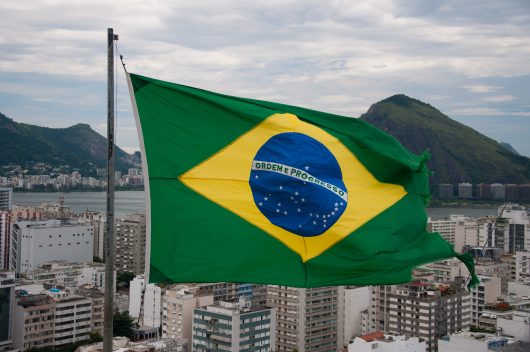 Brazil is a big country and within all its expanse the number of slums, known as favelas, is also large. In 2010, the Brazilian Institute of Geography and Statistics revealed a count of 15,688 slums with 11.4 million residents (this study is done every decade). The low-income, crowded areas are often featured in articles from all around the world. However, most of the press coverage on favelas focuses on sensational aspects such as violence, crime and drug trafficking—this illustrates how the media misrepresents Brazil.

An article from NBC News, for example, lists five facts about favelas painting a picture of it based on wrongdoing, poverty and danger. The piece defines a slum as “a hotbed for crime and drugs.” Similarly, one of the articles published by The Guardian describes a favela as a place for “guns, drugs and Bandidos.”

Articles are not the only example of how the media misrepresents Brazil. TV news (including those on Brazilian channels), movies and Brazilian soap operas often reinforce favelas as dangerous places. “People create a narrative where favelas are a territory of barbarism and don’t have any contact with the outside world. It’s an idealization of a place where only terror thrives,” writes the researcher Felipe Botelho Corrêa about the Oscar-nominated movie, City of God, which is set in a favela in Rio de Janeiro.

Undeniably the violence rates in favelas are high. However, these pieces help perpetuate a stereotype of Brazil—an idea that slums are neighborhoods where there is only space for crime, violence and drug trafficking.

In fact, great initiatives take place in favelas as well. One of these is Favela Mais, a project created by Brazilian Service of Support for Micro and Small Enterprises (SEBRAE), that encourages entrepreneurship in favelas such as Heliópolis and Paraisópolis in São Paulo. “These businesses generate jobs and profit, helping the community to grow because the money stays in the neighborhood,” says Guilherme Afif Domingos, the president of SEBRAE.

The journalism school, Énóis, is another project that is trying to transform the reality in favelas. It was founded in 2009 in Capão Redondo, one of the most violent neighborhoods in São Paulo’s outskirts, by journalists Amanda Rahra and Nina Weingrill. Énóis started as onsite workshops and in 2014 it launched an online platform offering journalism courses. Currently, the school has 4,000 registered students, who have written more than 20 articles about life in favelas.

Besides these social initiatives, favelas are genuinely spaces of great cultural diversity and expression. They are the birthplace of many Brazilian artists and famous singers such as MV Bill, Tati Quebra Barraco, Carlinhos Brown and Anitta. Anitta started singing in a choir at a Catholic church located in an impoverished neighborhood in Rio de Janeiro. Currently, she is among 50 singers in the Social 50 Billboard ranking and earns up to $ 500,000 per show.

Media in Brazil: The Way Forward

Agência de Notícias das Favelas, a news agency focused on events happening in favelas, is trying to shift how the media represents Brazil. The organization is helping break the stereotype of slums as places associated with criminality and violence. On its website, the agency is defined as “an NGO that wants to expand the struggle to democratize favela’s information to the world, with its own residents as protagonists.”

Initiatives like these destigmatize favelas and help with its social and economic growth. The traditional media should give these stories more attention. Only then will favelas be fairly represented as the creative and inspirational places they are.