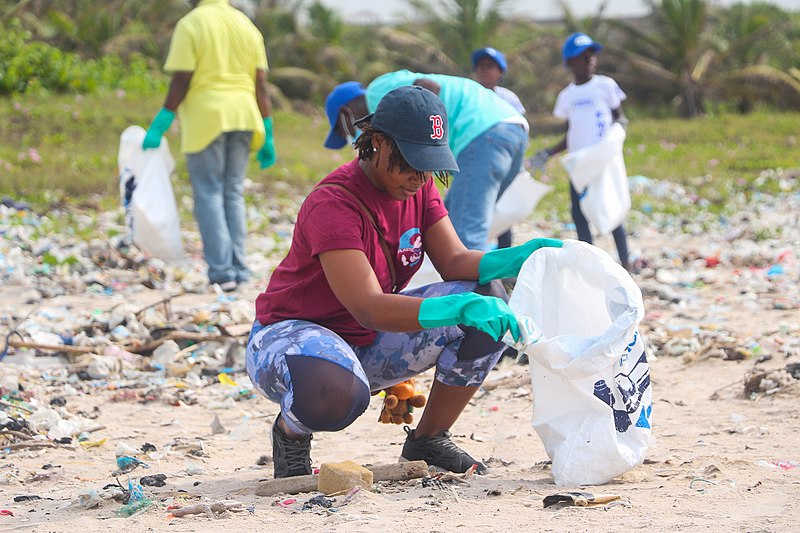 A team of biologists, chemists and engineers have developed technology that can turn plastic into protein powder. The team is aiming to create a system that can help solve two of the world’s most pressing problems: hunger and plastic pollution.

The title of the plastic to protein powder project is BioPROTEIN (Biological Plastic Reuse by Olefin and Ester Transforming Engineered Isolates and Natural Consortia). Assistant professor of biological sciences at Michigan Tech, Stephen Techtmann, leads the team behind this project. The team includes Ting Lu, professor in bioengineering from the University of Illinois, Rebecca Ong, assistant professor of chemical engineering at MTU, David Shonnard, professor of chemical engineering and Joshua Pearce, electrical and computer engineer.

The process of turning plastic into protein powder begins by putting plastic material into a reactor that breaks down the structure of the plastic and transforms it “into an oily substance.” Bacteria then consume this substance and multiply speedily, creating “more bacteria cells, which are about 55% protein.” According to Techtmann, “the end result” looks similar to “a yeast byproduct that comes from brewing beer.” The scientists then dry out this byproduct, leading to the creation of an edible protein powder.

Plastic is a very durable substance; it can take hundreds of years to break down ‌after humans discard it. Most plastics become microplastics, which are tiny pieces of plastic material that scientists have found nearly everywhere, including in human organs.

The effects of plastic pollution are harshest for developing countries, which have the least capability to handle the consequences. The most impoverished countries have the least developed and most mismanaged waste management programs. Ways that poor waste management, including plastic, negatively affects peoples’ health and livelihoods include:

Although the overall rate of hunger worldwide has reduced since 2000, it has been steadily rising since 2014, with a predicted spike because of the COVID-19 pandemic. About 750 million people in the world experienced severe food insecurity in 2019.

Even more extreme than the lack of access to food for people experiencing extreme poverty is the lack of ability to maintain a healthy diet. A healthy diet is about five times more costly than diets that meet basic energy requirements “through a starchy staple” and far exceeds the amount of money people earn while living under the international poverty line.

The Defense Advanced Research Projects Agency (DARPA) initially financed the BioPROTEIN project with funding of up to $7.2 million. The first idea behind the project was that military forces could use a plastic-to-protein powder machine that will fit in the back of a military vehicle and can turn plastic waste into a food source when out in remote areas.

However, the team wants to develop beyond this goal; Techtmann wants nonprofits and communities around the globe that are experiencing food poverty to have access to BioPROTEIN machines. He hopes the invention will turn into a solution that can help impoverished communities manage plastic waste while addressing food insecurity.