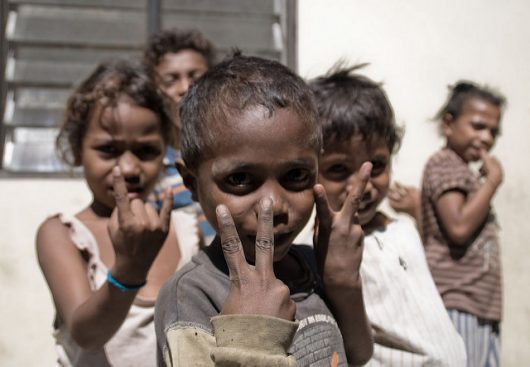 Timor-Leste, also known as East Timor, is a Southeast Asian country comprising the eastern portion of the island of Timor. Timor-Leste has a population of about 1,211,000. Here are 10 facts about refugees from Timor-Leste:

1. Once a Portuguese colony, Timor-Leste was invaded by Indonesia in 1975 and endured years of political violence until 1999, when the overwhelming majority of Timorese people – 80 percent – voted for independence from Indonesia. In 2002, Timor-Leste became the first new sovereign nation of the century; it remains Asia’s newest – as well as one of its poorest – nations. The period between 1999 and 2002 in Timor-Leste was plagued with violence, as forces loyal to Indonesian rule fought with independence seekers. Hundreds of thousands of refugees from Timor-Leste left the country during this time. Today, many refugees from Timor-Leste have returned home, but many remain in other Southeast Asian nations and other countries around the world.

3. Evidently, the official count of the number of refugees from Timor-Leste has sharply dropped over the last two odd decades. The greatest reductions happened between 1999 and 2003, when the number of Timorese people with refugee status in other countries fell from 162,472 refugees to 127 refugees, according to the World Bank’s count.

4. The reason the number of refugees from Timor-Leste has plummeted so significantly is that many Timorese have returned to their newly-independent homeland, and others have gained residency or non-refugee status in their respective host countries.

5. The Office of the United Nations High Commissioner for Refugees (UNHCR) is the UN agency responsible for tracking and providing humanitarian assistance to refugees. UNHCR opened an office in Dili, the Timor-Leste capital, in 1999 during the political crisis regarding independence. The agency assisted hundreds of thousands of refugees from Timor-Leste and displaced persons within the country, providing medicine, resources and travel to the refugees. In 2012, the UNHCR closed its office in Dili, considering its campaign regarding refugees from Timor-Leste a success. The closure was marked by a public ceremony, in which former President of Timor-Leste, José Ramos-Horta, thanked the agency for its tremendous work during the young country’s humanitarian and political crisis.

8. Not all of the refugees from Timor-Leste fled the country of their own volition. Thousands were forcibly removed from the country by government and pro-Indonesian forces and pushed into Western Timor, controlled by Indonesia. This was done to quell the independence movement in Timor-Leste. Many of these refugees were also repatriated by the UN, but about 100,000 chose to remain in the Indonesian province of East Naru Tenggara following full Timorese independence in 2002.

9. The refugees from Timor-Leste in Indonesia received little to no assistance from the Indonesian government, but private groups, international agencies and religious organizations provided help. For example, Holy Spirit Sister Sesilia Ketut, an Indonesian nun, donated money to refugees to help them start weaving businesses and make a living while in Indonesia. Sister Sesilia started the Forum for Women and Children in 2000 to help more than 300 widows living in Indonesia who had lost their husbands in the fight for Timorese independence. She provided business training, helped the widows with their children and even personally helped repatriate more than 400 refugees from Timor-Leste.

10. Because of its own history regarding refugees, Timor-Leste has vowed to never stop helping asylum seekers who come to Timor-Leste fleeing conflicts around the world. Former President Ramos-Horta said, “We are always ready to live up to our responsibilities. That’s the best way to thank UNHCR and all the countries that all these years have assisted our refugees.” Although a small country where relatively few seek asylum, Timor-Leste has laws in place to process refugee requests and assist refugees from other countries.