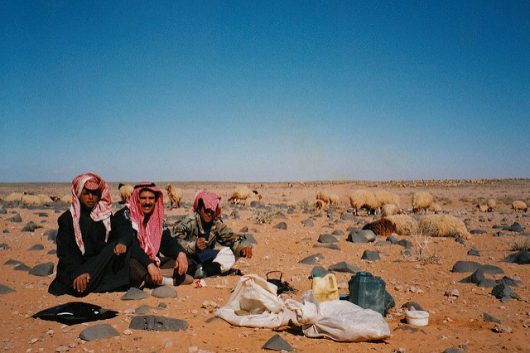 Jordan, while small in size, is often seen as a focal point in many Middle Eastern conflicts. This, among other points of stress, has been a major contributor to the country’s economic struggles.

The Jordan poverty rate has taken some hits in recent years, with high unemployment and weak economic growth. Job growth is a particular challenge in the area. In 2016, unemployment was at 15.3 percent.

The World Bank reported that in April that there are over 650,000 Syrian refugees currently in Jordan, which has put a strain on the country’s economy.

Economic growth has slowed in recent years. In 2016, Jordan’s economic growth saw a slight decrease, from 2.4 percent in 2015 to 2 percent. The ongoing Syrian crisis and the closure of export routes to Iraq and Syria have contributed to the country’s state of minimal growth.

However, the Jordan poverty rate is expected to see improvement in the coming years. The World Bank reports that Jordan should see a 2.3 percent growth rate for 2017, and an average rate of growth of 2.6 percent between 2017 and 2019.

According to data from the World Bank, Jordan’s GDP is approximately $38.655 billion. Its population is approaching 9.5 million.

As of 2010, the poverty headcount ratio at national poverty lines was approximately 14.4 percent, according to data from the World Bank.

According to a report from the World Bank, Jordan has undergone massive reforms in respect to education, health services, privatization and liberalization.

Additionally, social protection systems and reformed subsidies have been introduced by the country’s government. While issues of investment and business exchanges are still present, these improvements have positively influenced the region’s economy and poverty rate.

Jordan’s proximity to major conflicts in the area has put a major strain on the country’s economy. However, Jordan’s government has major improvements in the works that will benefit the economy and the Jordan poverty rate.