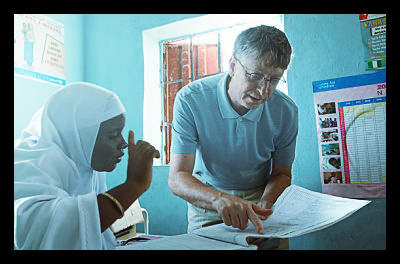 Below is a list of four impassioned humanitarian leaders who are fighting to make the world a better place.

George Soros has given billions of dollars over the years to humanitarian organizations. He is the financier and founder of the Open Society Foundation, an international foundation that promotes the expansion of human rights and democracy throughout the third world.

Founded in 1998, the group funds and has helped institute health and educational programs while also being driven to provide “greater fairness in political, legal and economic systems” throughout the world. The program touts initiatives such as the Burma Project, which promotes freedom of expression, as well as helping suppressed minority and political groups communicate their human right grievances in the political repressive nation of Burma.

The foundations has various programs throughout countless countries promoting freedom of expression and basic human rights.

Jon Hunstman Sr. began his humanitarian activities after being diagnosed with prostate cancer in 1993. Founder of the successful Huntsman Corporation, his donations have accounted for billions of dollars. He founded the Hunstman Cancer institute, a non-profit research company that builds hospitals and develops new cancer fighting techniques.

For example, the foundation donated 26 million dollars to Utah State University to help expand the Jon M. Huntsman School of Business. They donated another 2 million dollars to enact the Hunstman Awards for Excellence in Education that reward exceptional school teachers and volunteers.

Female Kenyan runner Tegla Laroupe came to prominence in 2003 after winning 2 interntional half-marathons, attaining multiple world marathon records, and countless other titles. After retiring from marathon running, she devoted all her time to affect change in devastated communities throughout the world.

In 2003, she established the Tegla Lorupe Peace Foundation, an organization based around helping housing projects and educating children orphaned by political violence. The foundation has built schools throughout Ethiopia, Kenya, Uganda and Southern Sudan.

The organization raises money through various programs, such as the Peace Races. The Moroto-Uganda Peace Race was held in the Moroto district of Uganda and helped raise money for orphaned children in the volatile region plagued by an unstable political situation and “banditry.”

Bill Gates, founder of computer software powerhouse Microsoft, has spent his days of retirement giving back. He founded the Bill and Melinda Gates Foundation, which spends most of their efforts fighting poverty and health risks such as malaria. The organization tackles grave crises through 4 major program initiatives.

The Global Development Division deals with food insecurity throughout impoverished communities, as well as sanitation and housing. The Global Health Division, furthermore, promotes technological and scientific studies such as vaccines and medical treatments throughout the developing world.

The Global Policy & Advocacy Division is, in fact, the strategic portion of the Bill and Melinda Gates Foundation, which works to help advance their policies through national and international frameworks.