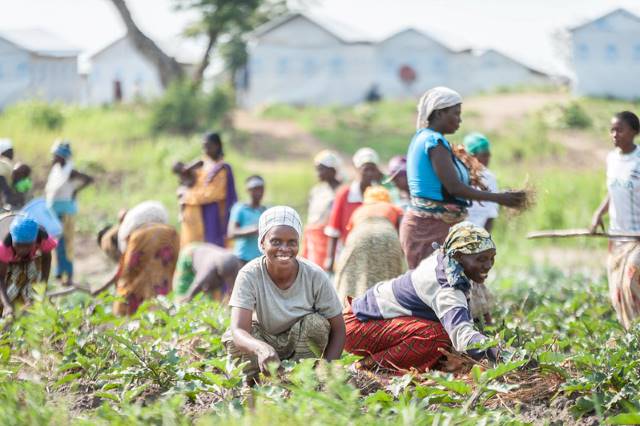 Despite the Democratic Republic of the Congo harboring the second-largest cultivable land in the world at 80 million hectares, food insecurity and malnutrition are pressing issues in a country that ranks among the poorest in the world. The Integrated Food Security Phase Classification (IPC) characterizes almost 22 million of the 89.5 million residents as severely food insecure, despite 70% of the employed population working in the agricultural industry. Lack of infrastructure combined with prolonged national armed conflict has led to only 10 million hectares currently under cultivation, leaving enormous potential for agricultural and economic growth. Agricultural sustainability in the DRC is crucial to address food insecurity and poverty.

A combined effort from the Food and Agriculture Organization (FAO) and the World Food Programme (WFP) focuses on the optimization of agriculture production as well as market revisions and improvements to reduce food insecurity and bolster a declining national economy. Improving agricultural sustainability in the DRC could prove effective in stabilizing a region with enormous agricultural potential.

The Need for Agricultural Sustainability

Providing direct financial relief to the DRC has proven both necessary and effective, especially in the wake of nationwide flooding in 2019 and 2020 on top of widespread armed conflict and displacement. Since 2018, USAID reports that the DRC has received roughly $570 million worth of direct food relief. However, direct relief does not equal sustainability and is a relatively short-term solution. The joint program from the WFP and FAO implements successful strategies to provide much-needed agricultural sustainability in the DRC and creates an important foundation for further improvements.

The Benefits of Cooperation

Promoting organizational cooperation and improving managerial structure has allowed for combined agricultural improvements nationwide. Since 2017, this project has reached 30,000 small farm households and stimulated cooperation that has improved organizational structure and operational capacities. This cooperation has allowed for the distribution of newer agricultural technologies and concepts such as improved seeds and more advanced tools to optimize production.

Increased cooperation has also helped eliminate local conflicts between farmers and has increased the total area of land being cultivated. The program has also provided 7,000 local women with functional literacy education, allowing for more female community engagement as well as involvement in managerial duties in farming communities.

Addressing Nutrition in the DRC

At a local level, the joint program has implemented enhanced nutritional programs to utilize the increasing resources. Increased cooperation and education have allowed for the growth of crops with enhanced nutritional value. To promote long-term sustainability, in 2020, the project utilized direct aid to establish 300 vegetable gardens, reaching 13,510 residents. The program also held 150 culinary demonstrations regarding optimal cooking techniques that are both affordable and nutritious.

Large agricultural areas such as the DRC rely heavily on infrastructure for transportation and storage of goods. The joint program has fixed 193 kilometers of agricultural roads since implementation in 2017, with 65% of the road rehabilitators being women.

Not only has the program enhanced transportation capabilities but it has also constructed 20 different storage buildings as well as 75 community granaries, allowing for the long-term storage of agricultural products. This enhanced storage capacity reduces waste from spoilage and allows product to be sold during favorable selling seasons, allowing for advanced agricultural sustainability in the DRC.

The Joint WFP-FAO resilience program in the DRC has made significant accomplishments in the country. With further efforts, agricultural sustainability in the DRC can be further developed to improve poverty in the region.