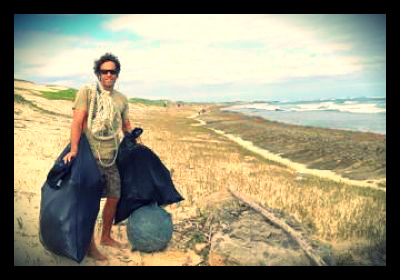 Sun-soaked beaches, surfboards, flip-flops, palm trees: these are all images that come to mind when listening to a Jack Johnson song.  The Hawaiian-born and bred musician has cultivated a wonderful laidback musical personality that reflects our fantasies about Hawaii and “taking it easy.” However, when it comes to charity, Johnson could not be more active.

Alongside his wife Kim, Jack has founded two charitable organizations: Kokua Hawaii Foundation and the Johnson Ohana Charitable Foundation.  The former organization works to promote environmental education and responsibility in local schools and communities in Hawaii.  Building upon the grassroots success of their first charity, Kim and Jack founded the Johnson Ohana Charitable Foundation in 2008 to promote environmental, art, and music education on a much larger scale.  The organization has raised $25 million to date for their causes and for smaller charities the organization partners with.  An example of this is a $50,000 donation given to the Tsunami Relief Fund in 2011.

While on tour, Johnson donates 100% of tour profits to his Charitable Foundation.  Johnson is also a major proponent of the “1% For the Planet” brand, which aims to get corporations and brands to donate at least one percent of its sales to nonprofits.  His 2005 album “In Between Dreams” became the first music album to feature the one percent ideal, and his subsequent albums have followed suit.

Johnson is completely invested in teaching and promoting environmental sustainability.  “Jack Johnson’s 2008 tour and CD, “Sleep Through the Static,” set a new precedent in the music industry by taking an eco-friendly approach to all aspects of producing and touring,” according to the Johnson Ohana Charitable Foundation’s website.

Getting young people involved in sustainable farming and local organizing is crucial to Johnson, and a way to build even greater change.  In a recent interview with Samaritan Mag, Johnson said, “We feel like if we can connect kids to their food when they’re young, they can tackle bigger problems as they get older.”

The next time you kick back to a Jack Johnson CD, maybe a sustainable vegetable garden will dance across your imagination as much as a day at the beach.